The New York Yankees announced on Tuesday that they had released outfielder Clint Frazier and infielder Rougned Odor, just days after designating the pair and infielder Tyler Wade for assignment to clear spots on the 40-player roster as part of a larger shakeup.

Shortly after his DFA, Wade was traded to the Angels for a player to be named later or cash considerations. (The Yankees had also traded right-hander Nick Nelson and catcher Donny Sands to the Philadelphia Phillies for a pair of minor leaguers.)

Frazier, 27, was perhaps the most surprising casualty of the Yankees’ roster crunch. It wasn’t long ago he appeared as though he could become a fixture in the middle of New York’s order. Indeed, in 108 games between the 2019-20 seasons, he batted .267/.347/.497 (126 OPS+) with 20 home runs. Alas, Frazier had a miserable 2021 season, posting a 76 OPS+ while injury limited him to just 66 contests. Frazier had been projected to make $2.4 million through the arbitration process, according to the estimates of MLB Trade Rumors.

Of course, the shunning of multiple members of the Yankees’ infield depth chart will serve an additional purpose, as it will further fuel speculation that the team intends to sign one of the top free-agent shortstops — be it Carlos Correa, Corey Seager, or someone else.

‘Over the moon’ Kyle Clifford joins Maple Leafs in California

The Warriors Are Reportedly Open To Some Big Trades 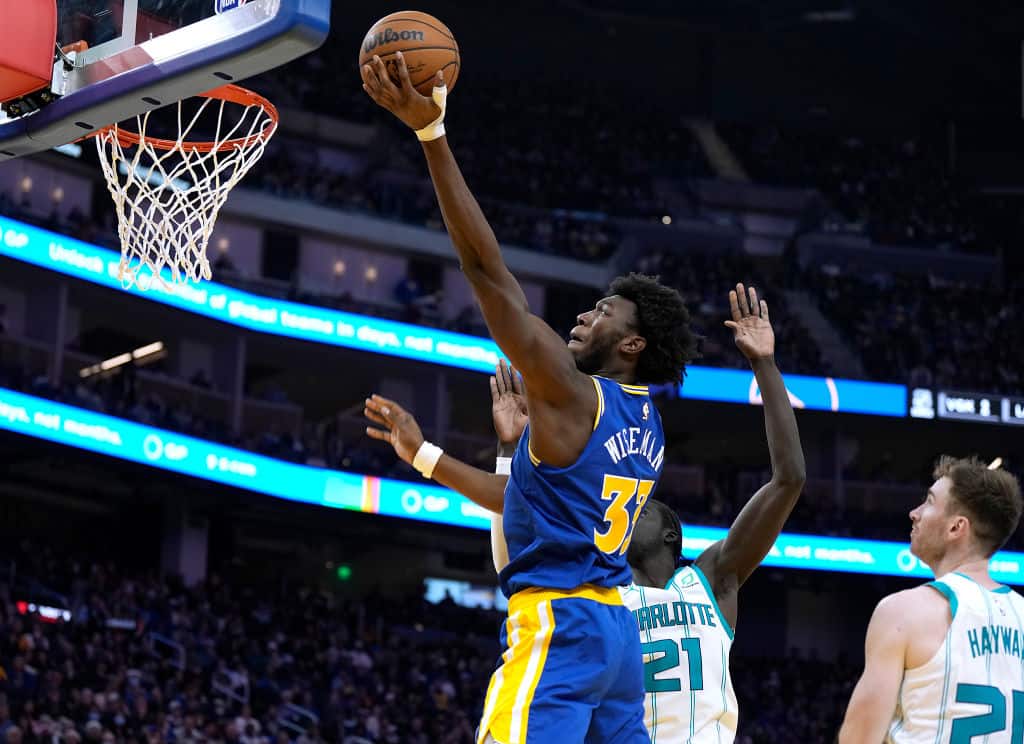 The Golden State Warriors are the current champions of the NBA but they aren’t looking like it.

But that is a far cry from the top of the standings and they will need to make some changes if they wish to redeem themselves.

Despite their problems, they have multiple stars they see as off-limits, so who would they be open to trade?

The Warriors are willing to include their young players, James Wiseman and Moses Moody in particular, in trade offers, but Jonathan Kuminga is considered “off limits," per @MattMooreTAN. pic.twitter.com/arHkuN0U06

NBA writer Matt Moore is reporting that the Warriors are willing to include players such as James Wiseman and Moses Moody in trade offers but they will not budge on Jonathan Kuminga, who is untouchable in any negotiations.

The idea of Wiseman or Moody moving from the team isn’t surprising.

Moody is averaging 5 points and 1.7 rebounds a game, which is a step up from his rookie season but still not substantial.

He gets an average of just about 14 minutes a game and has only started in three games.

As for Wiseman, his story is a bit more complicated.

His 6.9 points and 3.5 rebounds are clearly disappointing especially when you consider the hype that was around him.

He sat out of the game during all of last season due to injury and there was hope that he’d return in 2022-23 and again produce more than 11 points and 5.8 rebounds a game, as he did in his first season.

Although the team and fans wanted a lot from Wiseman, it quickly became clear that he wasn’t going to perform as they wished.

Therefore, a trade for him wouldn’t shock anyone.

But which teams would be interested in grabbing either Wiseman, Moody, or both of them?

The Warriors are willing to offer them but is any team eager to add them?

The post The Warriors Are Reportedly Open To Some Big Trades appeared first on The Cold Wire. 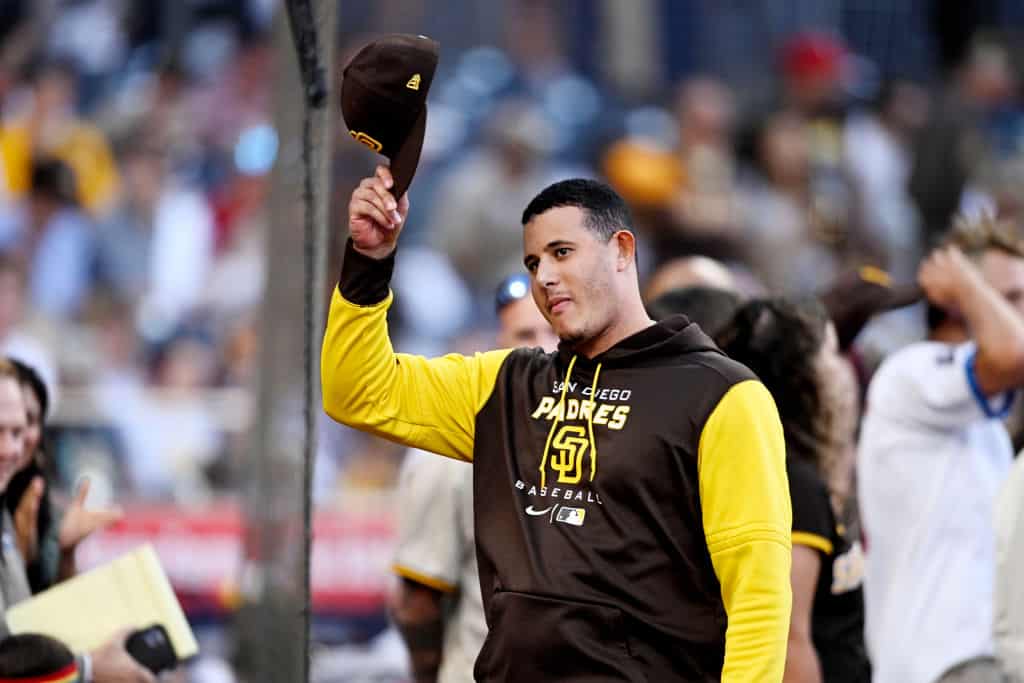 The San Diego Padres made it all the way to the National League Championship Series last year.

That’s not their ceiling as an organization, and they made an emphatic statement about that in the last calendar year by adding Juan Soto and Xander Bogaerts.

They want to make the World Series and win their first trophy in franchise history, and are making all the moves to put themselves in the best possible position to fight for it.

They have put together an incredibly talented trio of Latino hitters, perhaps the best and most impressive in MLB history.

The most talented Latino trio in MLB history!. pic.twitter.com/xtuw9HKsTA

Many people in the comments said that Manny Ramirez, David Ortiz and Pedro Martinez on the 2004 Boston Red Sox was the most talented Latino trio, but as far as position players go, Fernando Tatis Jr., Manny Machado, and Soto have a really strong case.

We have seen lots of excellent Latino trios such as the one in Boston in the year they broke the Bambino curse; Ivan Rodriguez, Rafael Palmeiro and Alex Rodriguez from 2001-02, and plenty more.

However, Soto, Machado (who was born and raised in Miami but has Dominican heritage and has played with the Dominican national team), and Tatis all have MVP potential.

All of them can win the award any given year.

They are all incredibly talented, and although they haven’t won their first World Series as a trio yet (Soto has, four years ago with the Washington Nationals) they will be one of the strongest contenders in the National League this year.

If the three (plus Bogaerts) remain healthy, San Diego will be very tough to beat and very fun to watch.

The post MLB Insider Shows Off A Legendary Padres Trio appeared first on The Cold Wire.

Top Mets Prospect Is Learning From A Key Veteran 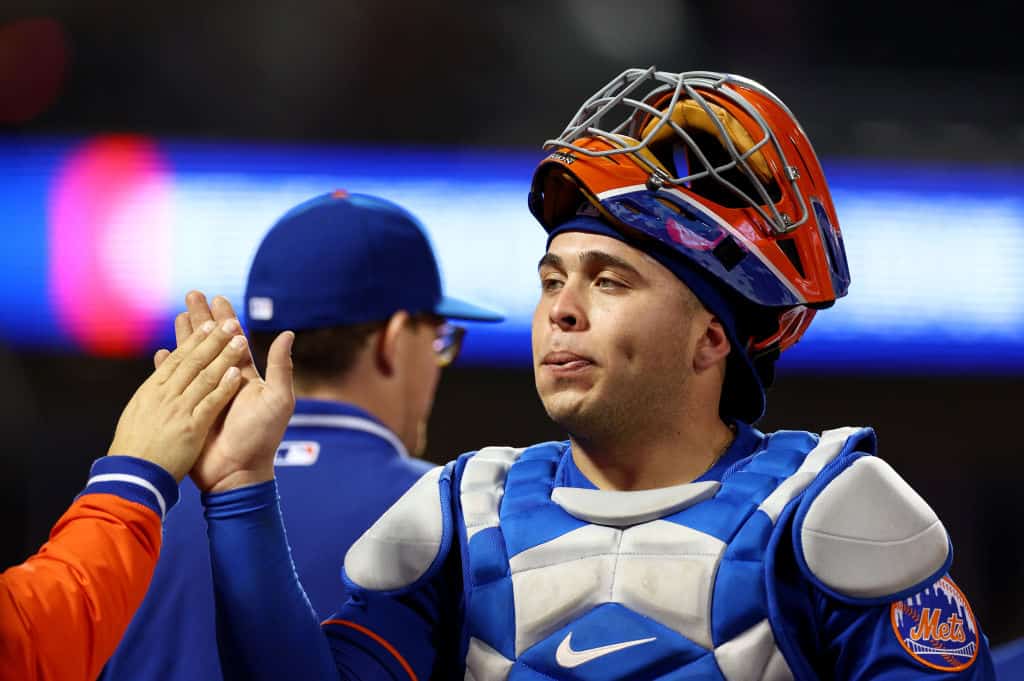 The New York Mets have certainly made sure to prioritize the catching position at all levels.

They signed Omar Narvaez this offseason, who has several years of MLB experience, they have a solid backup in Tomas Nido, and drafted Kevin Parada in the first round last year.

The most exciting catcher in the Mets organization, however, is Francisco Alvarez.

The young Venezuelan made his MLB debut last year after hitting 18 Double-A home runs and nine at Triple-A.

He didn’t get much playing time in the majors, but sure made his presence and his power known.

With Narvaez and Nido in the fold and several options to be the designated hitter, it’s unclear if Alvarez will open the season on the active roster.

He is, however, preparing like a major leaguer: he started his routine earlier, and he is working on his skills as a catcher with Narvaez, his countryman.

Omar Narváez works with Francisco Álvarez on his receiving: pic.twitter.com/hNR7IbGsQI

Most scouts agree on the fact that Alvarez has the bat to be a major leaguer, at any position.

However, there are conflicted reports about his ability to stay behind the plate.

Obviously, he will have more value to the Mets if he can stick as a catcher, and he is working with Narvaez to make sure he is prepared for spring training.

Scouts grade Alvarez’s raw power as a 70 in the 20-80 scale: that’s an incredible grade.

His catching skills, however, are more like a 40, which would be a hair below-average.

With work, reps, and discipline, he could become an asset behind the plate.

That would be a dream scenario for the Mets.

The post Top Mets Prospect Is Learning From A Key Veteran appeared first on The Cold Wire.

The Warriors Are Reportedly Open To Some Big Trades

Top Mets Prospect Is Learning From A Key Veteran