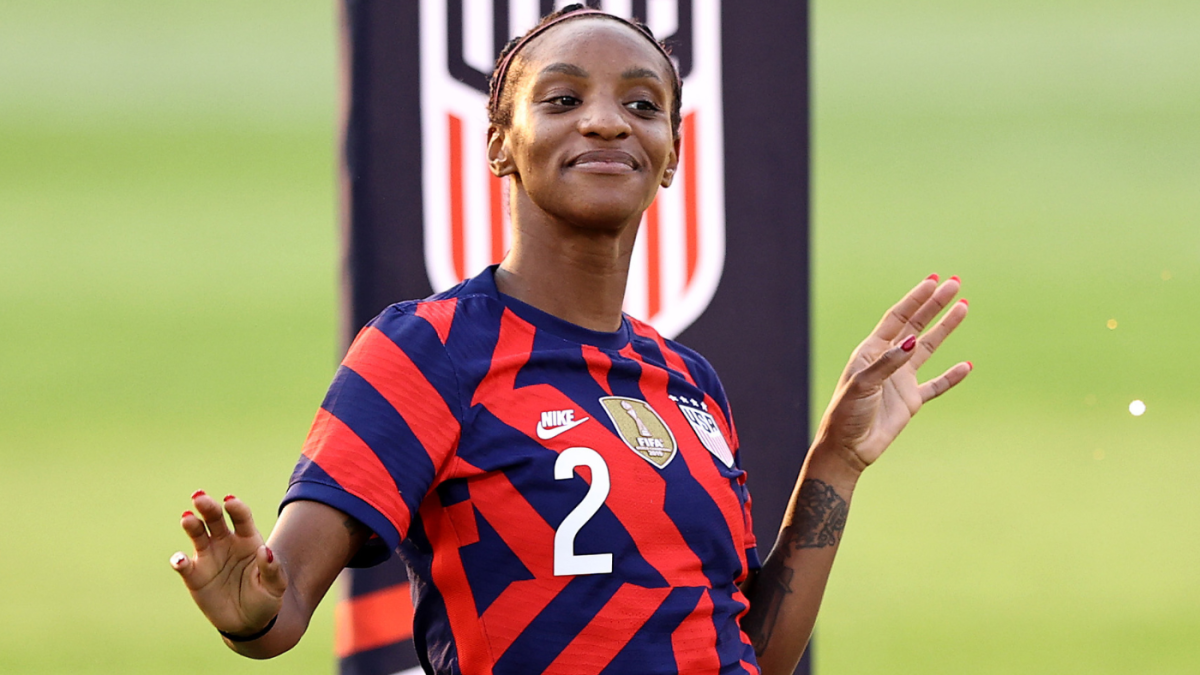 United States women’s national team head coach Vlatko Andonovski has named his roster for the upcoming September friendlies against Nigeria. The 23 player roster is nearly identical to the 2022 Concacaf W Championship squad with no new additions to the mix after the team won the competition and qualified for the 2023 FIFA Women’s World Cup, 2024 Paris Olympic Games, and 2024 Concacaf W Gold Cup.

The two games series will be the first game for the USWNT since winning the Concacaf W Championship. The squad will train for the pair of friendlies against Nigeria in September, with the first match taking place at Children’s Mercy Park in Kansas City, Kansas, and the second game at Audi Field in Washington, D.C. — which will be the first match for the USWNT in the MLS home of D.C. United.

“All the players on the roster performed well in Mexico at qualifying and have carried that form for their clubs, so we’ll continue the process of growing as a team with this group in what will be two challenging games against Nigeria,” said Andonovski. “Preparing for the World Cup is a long process, and I’ve been very happy with how our team understands that process, is willing to do the work and is making positive strides every camp to get us to where we want to be next summer.”

The only player from the Concacaf W Championship roster unavailable for the September series is defender Emily Sonnett, who is working her way back from injury. Midfielder Sam Coffey replaced forward Ashley Hatch during the July tournament, and both players are making a return for the September fixtures.

Defender Crystal Dunn also makes her return to USWNT camps, after spending time away on maternity leave. After giving birth to her son Marcel on May 20, Dunn returns to participate in trainings but will not feature in the September matches.

Below you’ll find the complete roster and some takeaways:

Consistency with a few returning faces

Andonovski’s minimal changes to the roster for September friendlies are likely in line with the next phase for the team as they look to build cohesion and chemistry ahead of the 2023 World Cup. Dunn’s return to training camp is just one example of the reintegration of experienced players back into the fold which will likely continue over the next eight to nine months as the coaching staff prepares to make more concrete decisions for the World Cup.

“I happy where we’re at, we’re able to still figure out the right mix. think that we’re on the right track. We’re moving in the right direction,” Andonovski said.

“And when I say the right mix, I mean the right mix of youth and experience, because we do need the young players but not any young players. We’re talking young, quality, young players like Sophia Smith and Mallory Pugh, Catarina Macario — we see Naomi Girma now and [Emily] Fox that they’re doing very well. But we also need we need the experienced players there, to be there to show them the way.”

Crystal Dunn returns ahead of schedule

The team has navigated the 2022 calendar year without some familiar faces due to either injury or maternity leave, though the potential return of Dunn into the mix ahead of schedule does lead to other questions about where other players are in their timeline back into the USWNT pool.

“We do believe Crystal will have time with her with her club team before the end of the year, and we do believe that she is going to be playing minutes for us in one of the upcoming games,” Andovski confirmed during the press conference. “Now what those minutes are going to look like, I cannot be more precise, because we need to see where Crystal is right now when she comes in camp. But so far, we know that she’s ahead of schedule.”

The team has also been without Samantha Mewis, Lynn Williams, and Tierna Davidson this year due to lower leg injuries. and Catarina Macario is also rehabbing from an ACL injury. Though Andonvski feels like the majority of players won’t be available to get back into camp until early 2023.

“There’s no updates in terms of in terms of specific dates when they’re coming back. We know Catarina is recovering well, she’s actually going to go in a special clinic in Qatar to do some extra rehab for five weeks. Tierna is doing very well, she’s at the point now where she can run and touch the ball a little bit. Lynn, she’s doing well, we’re not gonna see her until the end of this year, hopefully beginning of next year

They’re all general updates, nobody, none of them is anywhere close to being back on the field. The closest one is Crystal, and she’s back in the environment.”

Advertisement
Related Topics:CampChampionshipwinningConcacafCrystalDunnreturnsrosterSeptembersquadtrainingUSWNT
Up Next