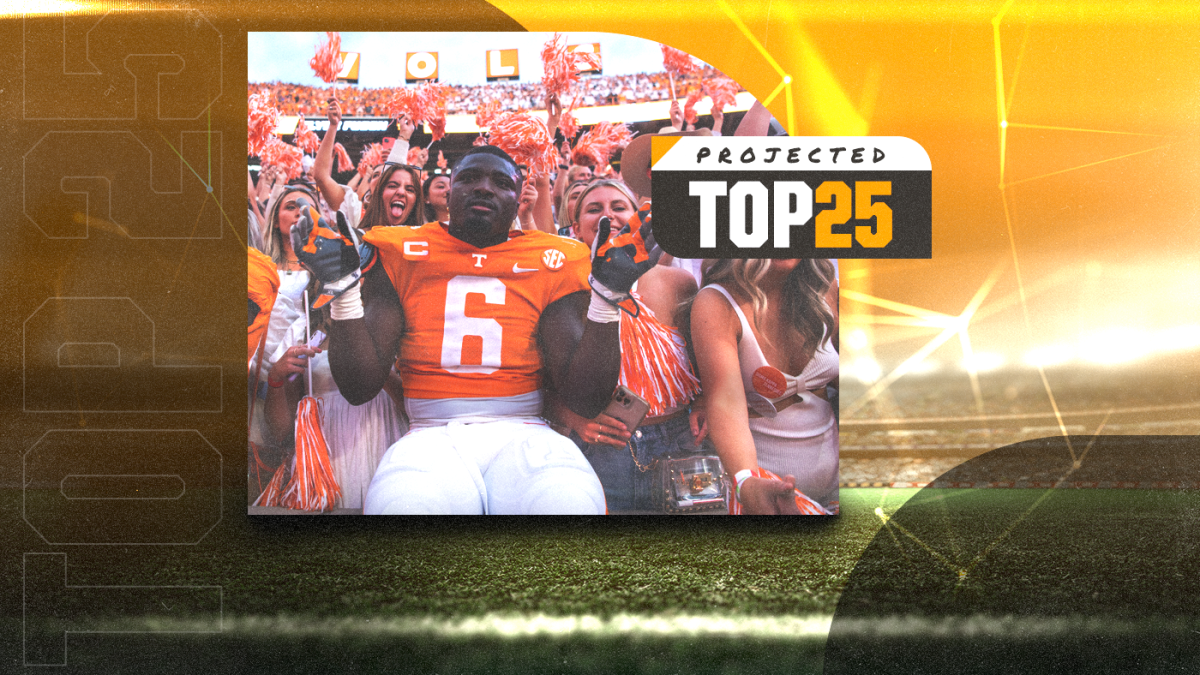 The scores and results from Week 4 in made it clear, in case fans and AP Top 25 voters weren’t aware: The 2022 college football season is going to be extremely fluid. Good luck to everyone — those of us here who vote in the CBS Sports 131 included — who has to figure out how to stack these teams up against each other in their college football rankings because comparing losses and trying to slot these programs is going to be quite difficult for a couple weeks.

Considering the lack of consistency across profiles of one-loss teams, the variation in voter behavior will be all over the place. Some sites track how far voters are from the consensus, and Sunday’s rankings will likely feature the greatest average variance per voter. Which is to say voters will be all over the place with their ranking for some of these one-loss teams.

For example, what will voters do with Texas A&M after the Aggies handed Arkansas its first loss of the season? The Aggies have one loss on the season, too, but that came to Appalachian State, a team that’s now 2-2 after losing to James Madison. What about Oklahoma and Kansas State? The Sooners just took their first loss on the season to a team that also got beat by Tulane at home. Does Kansas State get to overcome that defeat because of Saturday night’s win in Norman, Oklahoma, and how much will voters punish an OU team that is suddenly lacking for quality wins on its profile?

Those are just a few of the questions that voters will (or should) consider as they fill out their ballots on Sunday morning. Since there aren’t clear-cut answers to most of them, that’s why we think there’s going to be a ton of variance. But our job is to try predict the consensus using years of voter habits to help inform our projections.

Here’s how we think the new AP Top 25 will look on Sunday when the new college football rankings are released.

1. Georgia (Last week — 1): There was never really a moment where anyone considered that an upset was brewing, but Saturday’s 39-22 win against Kent State was just close enough to think maybe a few first-place votes drift elsewhere. Not enough to lead to any kind of change at to Georgia’s No. 1 ranking, but last week the Bulldogs got 59 of 63 first-place votes, and it’s possible Alabama or Ohio State pick up a few of those votes after Week 4.

2. Ohio State (3): The Buckeyes trailed Alabama by just 19 voting points (1492-1473) in last week’s balloting. The results since then have only strengthened Ohio State’s profile as it picked up a quality conference win against Wisconsin and its previous best win (Notre Dame) went and thumped North Carolina on the road. Alabama’s close call against Texas, meanwhile, looks more problematic after the Longhorns’ loss to Texas Tech.

3. Alabama (2): There could be some slight shuffling at the No. 2 spot, but Alabama did it’s part with a 55-3 win against Vanderbilt that saw Bryce Young throw four touchdown passes to three different pass-catchers before the backups brought the win home.

4. Michigan (4): Blake Corum rolled up a whopping 243 yards rushing on 30 carries with two touchdowns to provide some stability and explosiveness in a seven-point win home win against a frisky Maryland squad that Michigan had trouble putting away.

5. Clemson (5): An exhausting double-overtime 51-45 near-upset at the hands of Wake Forest provided way more drama in the moment than it will in the rankings. The Demon Deacons are a good team and ultimately it was the best performance yet from D.J. Uiagalelei and the offense, but it was also a game where Clemson trailed or was tied for most of the second half and so the win won’t spark a rankings jump either.

6. USC (7): The Trojans narrowly avoided an upset with a 17-14 road win at Oregon State. USC did not score a touchdown until the fourth quarter but ultimately found the end zone twice, including with 1:13 left to put away the Beavers.

7. Kentucky (8): There might have a case of “lookahead fever” for Kentucky with Ole Miss coming up next week as the Wildcats powered there way to a 31-23 win against Northern Illinois as a 26.5-point favorite.

8. Tennessee (11): The door is open for an obvious jump into the top 10, but the debate will be where the Volunteers land among the best teams in the country after snapping the program’s five-game losing streak to Florida on the SEC on CBS stage. Hendon Hooker has certainly added his name to the conversation as one of the most impactful quarterbacks in the country, and that alone is going to help the Vols’ standing in the minds of the voters.

9. Oklahoma State (9): The Cowboys were off in Week 4 and will be back in action next week at Baylor.

10. NC State (12): There was no doubt as to the final result as NC State closed out its nonconference schedule with lopsided win against UConn, improving to 4-0 and setting up a massive Week 5 showdown with Clemson in Death Valley.

12. Penn State (14): There was definitely a potential for a hangover following last week’s big road win at Auburn, but what followed was a fairly nondescript 33-14 win against Central Michigan. The Nittany Lions got up by 14 early and just held the Chippewas at arm’s length the rest of the way.

13. Oregon (15): Unlike Penn State, there was nothing nondescript about Oregon’s Week 4 win. The Ducks trailed by 12 points with 6:42 left and had not led until three touchdowns in less than 3 minutes flipped the game on its head in a 44-41 win against Washington State. The Cougars even kicked in the backdoor (for those concerned about such things) with a 49-second touchdown drive in the final minute, but two Bo Nix touchdowns and a pick six had built out the padding to hold on for a win and improve to 3-1.

14. Ole Miss (16): The Rebels were shutout in second half but held on for a 35-27 win against Tulsa. Now all attention turns to next week’s matchup of unbeatens between Ole Miss and Kentucky.

15. Oklahoma (6): For the third time in four years, the Sooners fell to Kansas State. It was another thorough performance from the visiting Wildcats, which outscored OU 14-7 in the first quarter and matched them point for point over the duration of the game. That puts Oklahoma State in the Big 12 driver’s seat for the time being and knocks Oklahoma outside the top 10.

16. Texas A&M (23): Since the Aggies do have that loss to Appalachian State, there is going to be a ceiling on how high they can rise in the rankings at this point in the season. But beating a quality opponent like Arkansas, and showing some improvement in doing so, is going to help Texas A&M’s cause. The Aggies should be one of the bigger risers within the top 25 after Week 4.

17. Arkansas (10): It was a heartbreaking loss for Arkansas, when that field goal attempt was well within the assumed range but ended with a bounce on the top of the upright. Now the Razorbacks’ best win is Cincinnati, a team that will be on some top 25 ballots but might not crack the AP poll, so it’s landing in the rankings will be defined by Saturday’s loss to Texas A&M.

19. Washington (18): The Huskies are currently in action against Stanford.

21. Florida (20): Billy Napier and the Gators brought their “A” game to Knoxville, Tennessee, and came up just short in the 38-33 loss to the Vols. If there’s any team in the country that will be in the top 25 on Sunday with two losses, it’s Florida.

22. Wake Forest (21): It would be surprising if the Demon Deacons dropped all the way out of top 25 after the heartbreaking double-overtime loss to Clemson. Wake Forest is 3-1 and clearly on the same competitive level as the Tigers, so it should be a top 25 team on Sunday.

23. Florida State (NR): After a 30-point win against Boston College, the Seminoles are now 4-0 with three wins against Power Five teams and two of them coming away from home. Florida State is surging and now not only appears headed for its first bowl appearance under Mike Norvell, but the Seminoles could be a dark horse in the ACC Atlantic.

24. Minnesota (NR): At some point, it’s not who you play but how you play, and Minnesota has been crushing its opponents on the way to a 4-0 start to the season where the Golden Gophers are outscoring teams 183-24.

25. Kansas (NR): The Jayhawks are off to their first 4-0 start since 2009, and we think the momentum of this unprecedented success under Lance Leipold will help fuel some voter attention and land Kansas in the top 25 for the first time since Oct. 18, 2009.

Advertisement
Related Topics:AlabamaCollegeFootballJoinsjumpsKansasOhiorankingsrisesStateTennesseetodayTomorrowstop
Up Next