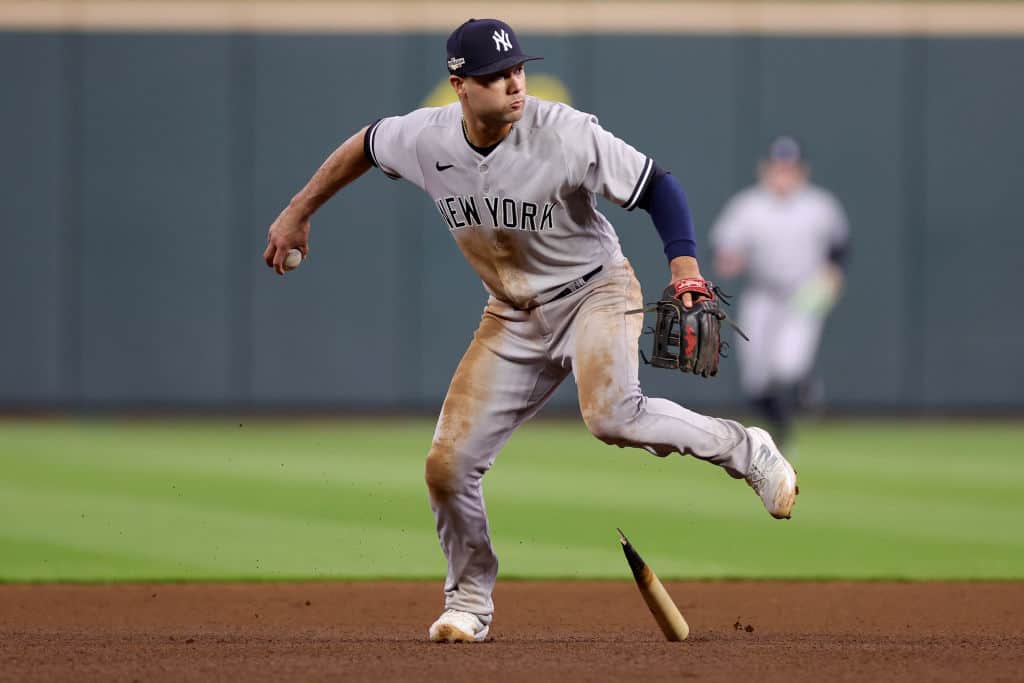 After being swept in the ALCS by the eventual World Series champion Houston Astros, the New York Yankees have several questions to answer before the start of the 2023 season.

One of the biggest question marks heading into the offseason is the shortstop position.

Thanks to the defensive struggles of Isiah Kiner-Falefa, New York will have to explore some other options for shortstop.

When asked about the shortstop position and who he sees claiming the job next season, general manager Brian Cashman said that he views “a lot of exciting opportunities that could play out next spring in the middle infield category,” citing Oswald Peraza, Oswaldo Cabrera, and Anthony Volpe as potential options.

Asked about shortstop, Cashman said that he views “a lot of exciting opportunities that could play out next spring in the middle infield category.” Oswald Peraza, Oswaldo Cabrera & Anthony Volpe all could be in play.

The players mentioned by Cashman are some intriguing options.

However, if Aaron Judge walks in free agency, then the Yankees may need a bat to fill the void.

There are several shortstops available too that the Yankees could target.

It’s always possible that the Yankees could target one of the four big-name shortstops.

As of now though, it seems that Cashman is very high on his internal options, which is a good thing.

However, with holes in the outfield, the Yankees might need to use Cabrera there and look for an infield bat.

Former Yankee Brandon Drury could be a possibility.

Still, each of the infielders mentioned by Cashman are solid options to have.

But the Yankees may find themselves in need of an infield bat, especially if Judge walks and Cabrera is needed in the outfield.

The post The Yankees Have Questions At A Crucial Position appeared first on The Cold Wire.

The Jazz’s New Coach Is Impressing The League