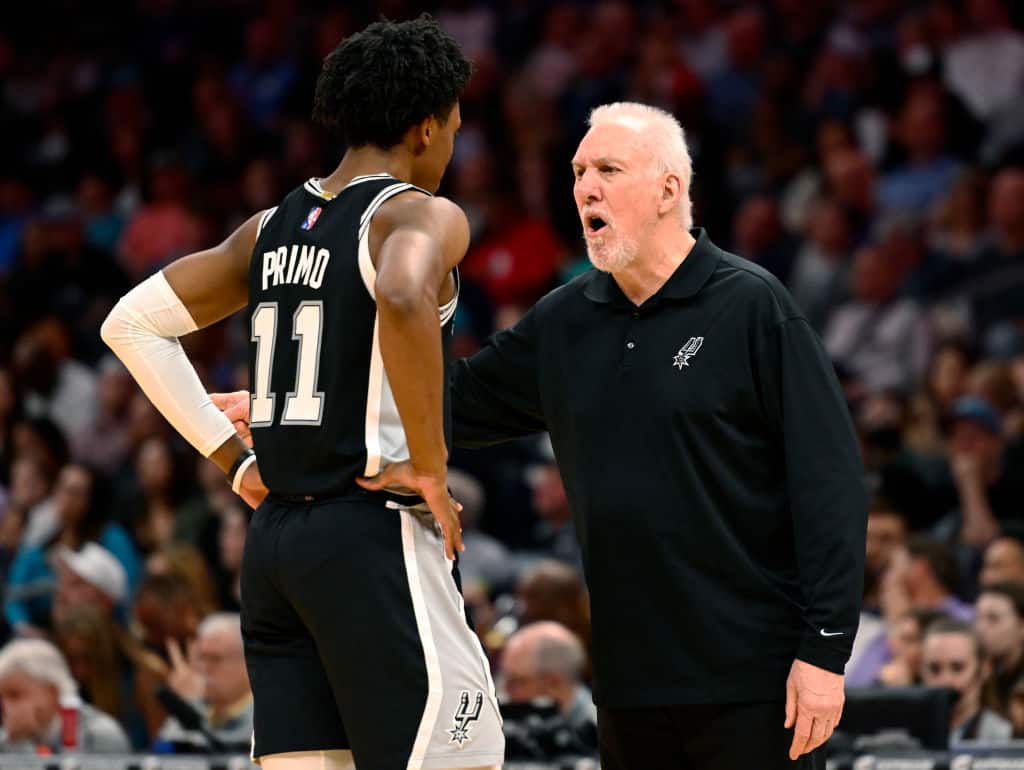 No one expected the San Antonio Spurs to be very good this season.

In fact, even head coach Gregg Popovich admitted as much during the summer, humorously telling the press that this wasn’t a squad that was going to win a championship.

Sure enough, the Spurs have a lot of problems and are currently 14th in the West with a 6-16 record.

The Spurs are in huge trouble right now

They are turning heads and raising eyebrows for all the wrong reasons right now.

The team has lost nine straight games, which is the longest losing streak in the Popovich era.

Considering Popovich has been coaching the team since the 1996-97 season, that is saying quite a lot.

No, the Spurs probably aren’t turning things around – so what is coming next for the team?

The Spurs have a dreadful .273 win percentage right now.

In other words, this is the worst the team has been since he took on the head coach position.

The team is currently being led by players like Devin Vassell, Keldon Johnson, Jakob Poeltl, and others.

Fun players, to be sure, but far from All-Star contenders.

The good news right now is that the Spurs currently have the best draft odds, meaning they are solidly in the running for Victor Wembanyama in the summer.

If they land that French prospect, the future outlook for the team could change overnight.

It would parallel the time when Tim Duncan was brought to the team back in the 90s.

After bringing him on board, the Spurs entered a bright new era.

So things are bad for the Spurs right now – but they could get much better by this time next year.

The post The Spurs Have Set A Shocking Record appeared first on The Cold Wire.

Advertisement
Related Topics:recordsetshockingSpurs
Up Next

MLB Insider Reveals When Aaron Judge May Make His Decision