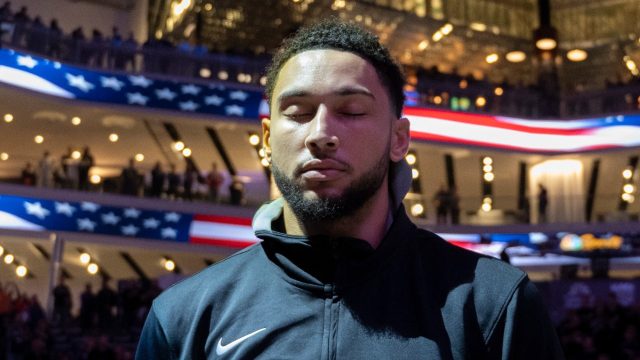 Simmons has missed multiple games this year already due to knee soreness. He has had to get fluid drained from his knees and has not performed as well as in previous seasons. He is averaging career lows in points (8.4), assists (6.6) and rebounds (5.8) per game this season for Brooklyn.

The Nets received more bad news on the injury front as former Raptor Yuta Watanabe underwent an MRI for his hamstring where the results stayed consistent. The forward will be out at least another week.

Watanabe has significantly improved his play this year for Brooklyn, especially from behind the arc where the Japanese native is hitting on 57 per cent of his shots. Last year, he connected only 34 per cent of the time.

Advertisement
Related Topics:ailingNetsSimmonsTimeWatanabe
Up Next

Michael Vick on why he financed a dogfighting ring: 'I still had the hood in me' | CLUB SHAY SHAY