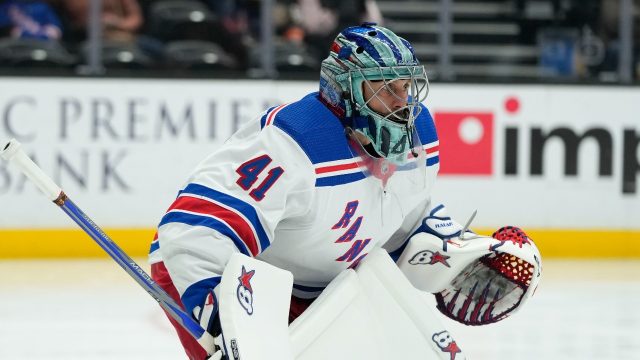 The Ottawa Senators and restricted free agent Alex Formenton have failed to reach an agreement on a contract, Sportsnet can confirm, making the left winger’s NHL future uncertain.

The two sides had until 5 p.m. ET on Thursday to reach a deal. Formenton is now ineligible to play in the NHL for the remainder of the season.

Sportsnet has learned the Senators attempted to trade their 2017 second-round pick (47th overall) before the deadline, but did not get any takers. It is expected Formenton will try to sign with a team in Europe. His NHL rights remain with the Senators unless he is traded.

Formenton, along with other restricted free agents Josh Norris, Erik Brannstrom and Mathieu Joseph, received qualifying offers from the Senators in the summer. All declined the offer, which is not unusual, and those offers expired on July 15. All but Formenton were subsequently able to negotiate separate contracts with the Senators, Norris most notably signing an eight-year, $63.6-million deal.

The last time a restricted free agent was not signed by the Dec. 1 deadline was during the 2019-20 season, when Jesse Puljujarvi and Julius Honka were each refused trade requests by their respective teams (Edmonton and Dallas), and elected to play overseas for the remainder of the season.

Formenton, now 23, was on Canada’s team that won gold at the 2018 world junior championships.

In September, when asked by The Athletic‘s Pierre LeBrun if an ongoing investigation into allegations that members of the 2018 Canadian world junior team took part in a group sexual assault was influencing the lack of progress in talks, Senators GM Pierre Dorion offered this answer:

“With all due respect, I think they’re totally two different things,” Dorion told LeBrun. “One’s a contract issue and the other is a Hockey Canada issue that I can’t comment on until the NHL investigation is over.”

After rough first quarter, are Senators poised to make waves in the Atlantic?

Advertisement
Related Topics:agreeAlexcontractdeadlinefailFormentonRFASenators
Up Next

Scout’s Analysis: Checking in on Oilers, Flames prospects playing in NCAA and Europe