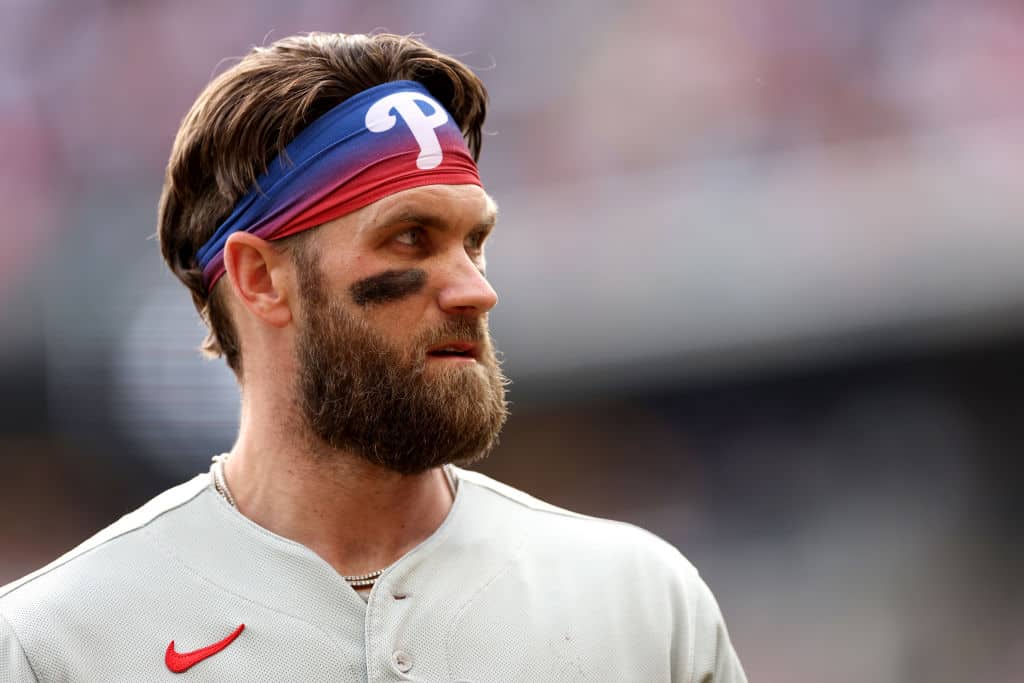 Bryce Harper was limited to designated hitter duties for much of the 2022 season as a result of a torn UCL in his elbow.

The Philadelphia Phillies were fortunate that the universal DH had been agreed upon in the new collective bargaining agreement, or else Harper might have been done for the season.

But the reigning National League MVP Award winner battled and ultimately helped carry the Phils to their first World Series since 2009, earning NLCS MVP honors in the process.

However, reality has set in, and Harper will need to have his elbow examined.

General manager Dave Dombrowski said that the Phillies were going to evaluate his elbow on Monday and try to determine what the next course of action will be.

Dave Dombrowski said at the GM Meetings that Bryce Harper will have his torn UCL evaluated on Monday. Could be anything from no surgery, which seems unlikely, to Tommy John surgery to something in between. Different timetables for everything, of course.

Harper’s Elbow To Be Evaluated Monday

There are a few possible outcomes.

Obviously, Harper could avoid surgery on his elbow all together and rest before the start of the 2023 season.

Unfortunately, as Todd Zolecki pointed out in the tweet above, that option appears to be unlikely.

Zolecki noted that the options range from no surgery, to Tommy John surgery, or something in between.

It appears likely that Harper will have to undergo surgery to repair the torn ligament.

Whether that is simply UCL surgery or Tommy John surgery is not known, but Harper was certainly playing through a ton of pain in order to help guide the Phils back to October.

If he ends up needing Tommy John, then it would be a huge blow to the Phillies as they try to retool and make another run to the World Series in 2023.

Advertisement
Related Topics:BryceDefinitivefansHarperleftPhilliesupdatewaiting
Up Next