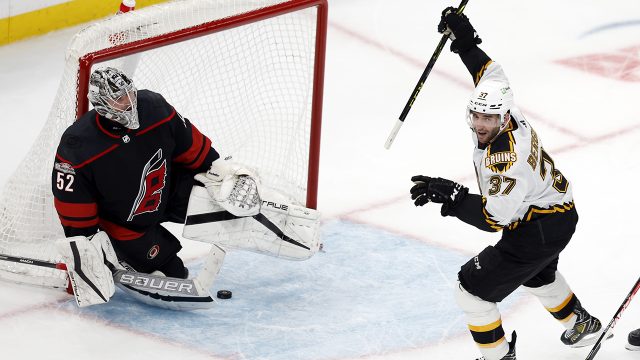 WASHINGTON (AP) — Alex Ovechkin and T.J. Oshie both had a goal and an assist to help the Washington Capitals beat the Calgary Flames 3-0 on Friday.

Ovechkin scored career goal No. 791 at 12:24 of the third period, firing a quick wrist shot from the left circle past Calgary’s Jacob Markstrom on the power play to make it 3-0. The 37-year-old is now nine goals away from 800 and 11 from passing Gordie Howe for second place on the NHL’s all-time goals list.

Oshie opened the scoring early in the first period, marking the first time since Nov. 11 that Washington scored the game’s first goal. He has four points in back-to-back games since returning from a lower-body injury that sidelined him for 11 games.

Evgeny Kuznetsov scored in the second period, picking up the puck from Oshie in the neutral zone, getting through three Flames and sliding the puck past Markstrom while falling.

Calgary had its fair share of scoring chances and outshot Washington 32-25, but Washington goalie Darcy Kuemper walked away with his second shutout of the season.

Flames: Brett Ritchie returned after missing the last two games with an injury.

Flames: Visit the Carolina Hurricanes on Saturday to wrap up a six-game trip, their longest of the season.

Capitals: At the New Jersey Devils on Saturday to open their own six-game trip.

‘We don’t fear anybody’: Canada ready for Croatia challenge at World Cup