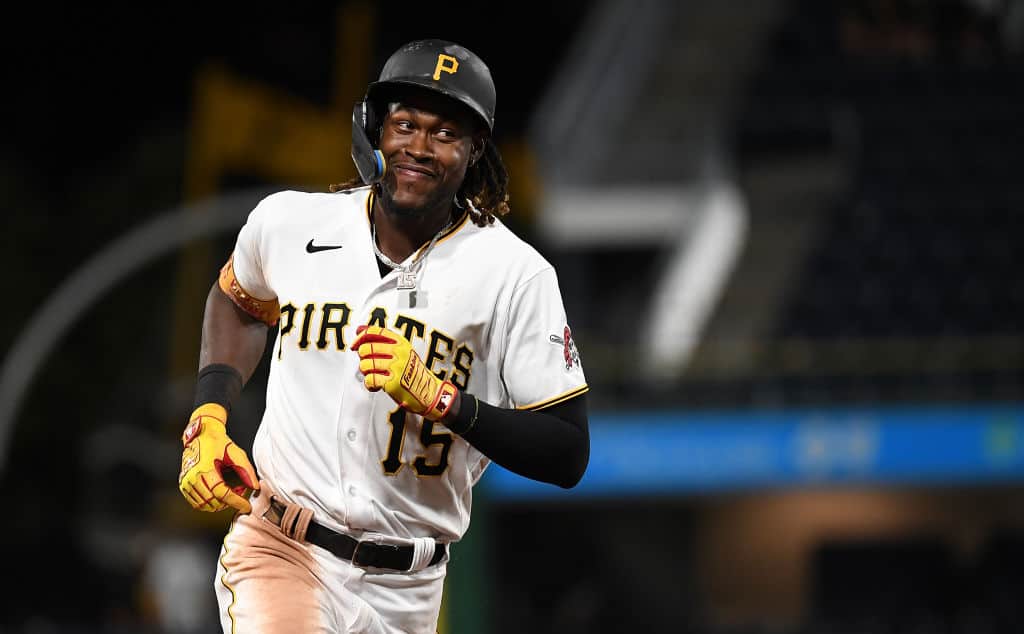 Pittsburgh Pirates shortstop Oneil Cruz impressed in 2022 with his physical traits and, in the second half, with his actual performance.

He started the year in a slump but improved as the year went on: all eyes will be on him in 2023, as he has more experience handling MLB-caliber breaking balls.

He set the record for the hardest hit ball in the Statcast era and also the fastest infield throw: he showcased his enormous raw power, his arm, and his speed.

Cruz has it all.

After resting for a few weeks, Cruz has been in uniform for popular Dominican club Tigres del Licey in the Dominican League (Lidom).

He left us another reminder of his enormous raw power.

Look at the video: it was an effortless swing, and he managed to send it well over the fence!

Cruz Is A Special Ballplayer

This kid is really something special.

It was his first home run in the Dominican League this year, but he has played just four games.

He has four hits: three singles and the tape-measure home run.

Having someone like Cruz playing in the Dominican League is a real luxury for the circuit: he is the kind of player who puts on a show all by himself.

If he is healthy and keeps getting better, it’s not out of the question he can hit 30-35 home runs one day while stealing 20 bases.

He is that good, and is the Pirates’ biggest hope for the future.

The post Oneil Cruz Is Flashing His Power In Another League appeared first on The Cold Wire.

Advertisement
Related Topics:CruzflashingLeagueONeilPower
Up Next

Dodgers Fan Has A Starting Pitcher Preference This Offseason