The Phoenix Suns will take on the Brooklyn Nets at 7:30 p.m. ET on Saturday at the Barclays Center. Brooklyn is 14-5 overall and 6-3 at home, while the Suns are 16-3 overall and 8-1 on the road. This is clearly a potential NBA Finals matchup and the Nets won and covered both matchups between the two franchises last season.

However, both teams have been middle of the road this season against the spread with the Suns going 10-9 and the Nets going 9-10. Brooklyn is favored by 2.5 points in the latest Nets vs. Suns odds from Caesars Sportsbook, and the over-under is set at 221. Before entering any Suns vs. Nets picks, you’ll want to see the NBA predictions from the model at SportsLine.

Now, the model has set its sights on Nets vs. Suns. You can head to SportsLine to see its picks. Here are several NBA betting lines for Suns vs. Nets:

What you need to know about the Nets

Brooklyn took down the Boston Celtics 123-104 on Wednesday. The Nets’ success was the result of a balanced attack that saw several players step up. Point guard James Harden led the charge as he posted a double-double on 20 points and 11 dimes while also collecting seven rebounds.

Patty Mills led the Nets with 23 points and went 7-for-10 from the 3-point line in the win and Kevin Durant also had 21 points. Harden and Durant are obviously one of the most dynamic tandems in the league, but Mills has been an important revelation in the last six games. Mills is averaging 20.0 points per game and the Nets are 5-1 during that span.

Meanwhile, Phoenix put the hurt on the New York Knicks in an impressive 118-97 victory. It was another big night for Phoenix shooting guard Devin Booker, who had 32 points. Chris Paul and DeAndre Ayton both had double-doubles with Paul putting up 14 points and 10 assists. Ayton had 14 points and 13 rebounds.

Booker has been red-hot around the holiday as he’s gone 28-for-48 from the field and 6-for-12 from the 3-point line while scoring 67 points in the last two games. Booker is averaging 23.6 points per game and is shooting a career-best 39.7 percent from beyond the arc this season.

How to make Suns vs. Nets picks

The model is leaning under on the total and it’s also generated a point-spread pick that is hitting in well over 60 percent of simulations. You can only see the pick at SportsLine.

Advertisement
Related Topics:computerlinemodelNBANetsNovoddspickspredictionsprovenspreadSuns
Up Next 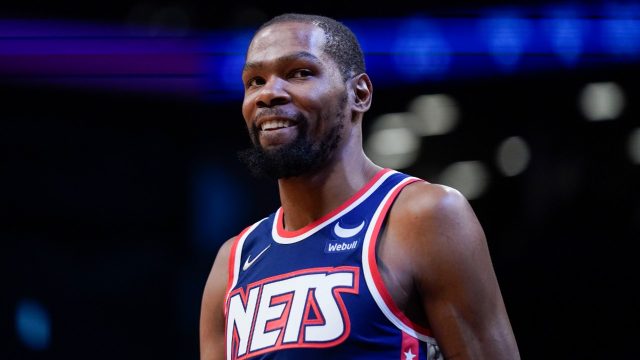 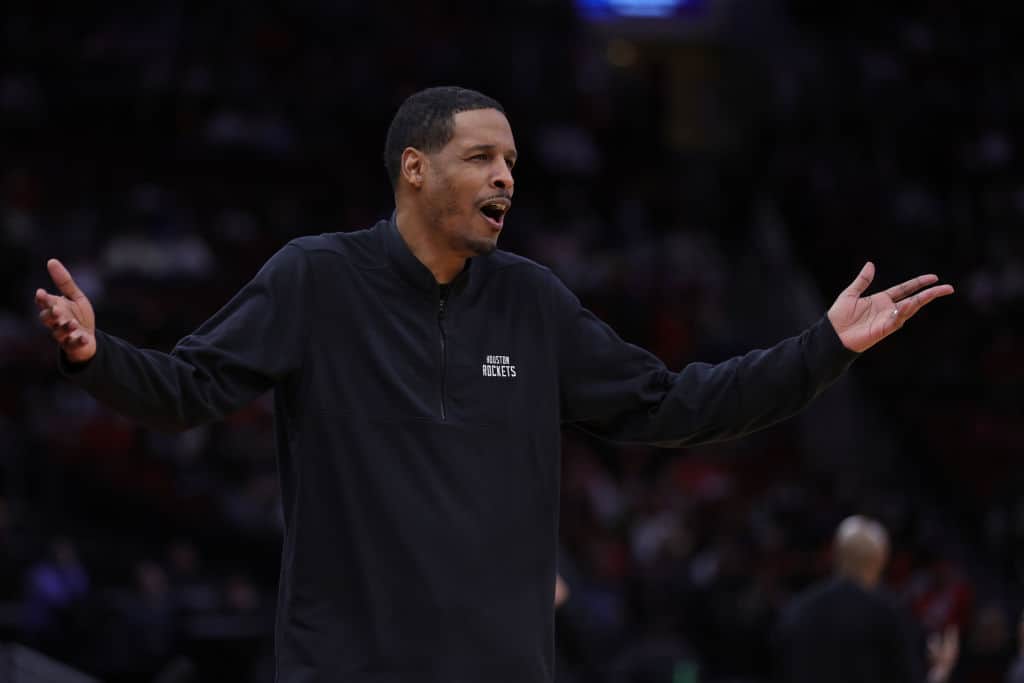 The team was easily defeated by the Sacramento Kings, 140-120, at home.

It was yet another massive and disheartening loss for the team, which now has a 13-41 record.

Stephen Silas: "They're not giving the effort on the defensive end." pic.twitter.com/PTRLmoEVTe

In a fiery, upset talk to the press after the game, Silas made it clear: “They’re not giving the effort on the defensive end,” he said.

After slamming his hand on the table, he also said, “They’re not getting after it like they’re supposed to.”

“They’re not doing what they’re supposed to do,” Silas said, before taking his notes, standing up, and storming out of the press conference.

You can’t blame Silas for being so mad.

No one thought the Rockets would be one of the best teams in the league this season but few thought they’d be this bad.

There is some great young talent on the team, such as Jabari Smith, Jalen Green, and Alperen Sengun.

But all of that talent isn’t converting into many wins.

The playoffs are out of the picture this season but what can the team do to give themselves a chance for next season?

Most people agree that Silas’ job is in serious jeopardy right now.

The chances of him being around in the same position next season are incredibly low unless something monumental happens.

At this point, fans of the team just want to see some signs of promise before the year is over.

They want the slimmest sliver of hope because they are just as frustrated as Silas is with the lacking effort.

But fans of the Rockets have given up hope that anything will change soon.

The post Rockets Head Coach Is Fed Up With His Team appeared first on The Cold Wire. 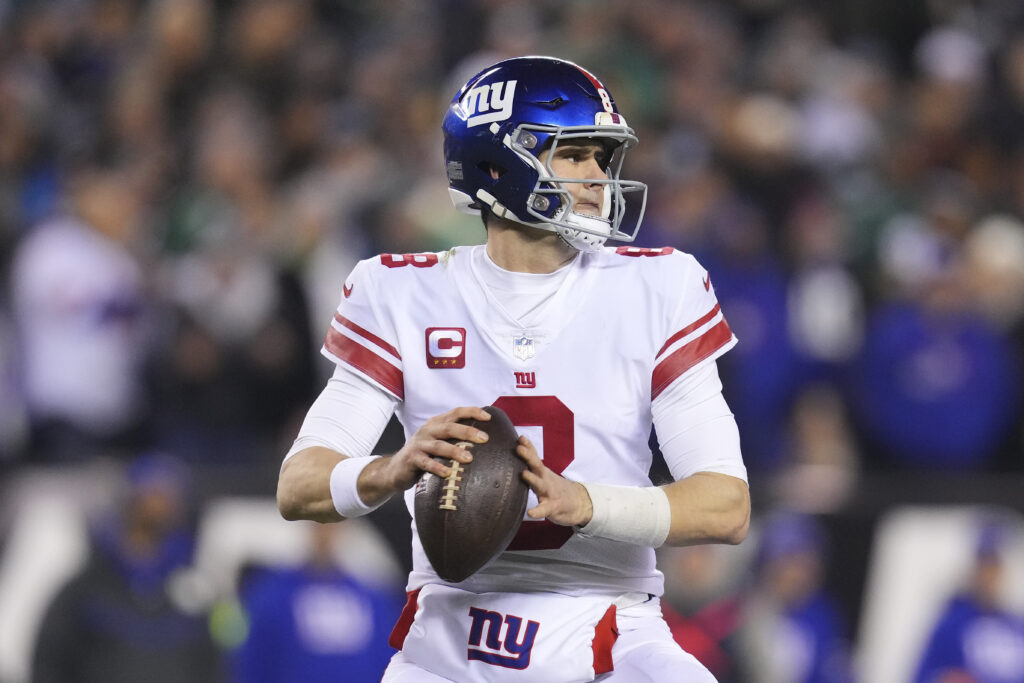 The New York Giants are in a tough spot this offseason.

But, his market value seems to be a question.

Jones had his best season as a pro last year, leading the Giants to the playoffs for the first time.

Even so, his stats were not very eye-popping.

It is hard to look at that stat line and think Jones should be one of the top-paid quarterbacks in the NFL.

#Giants QB Daniel Jones's price tag is believed to be between $35 and $37 million per year, according to @Connor_J_Hugheshttps://t.co/EYd42fo9u6 pic.twitter.com/1ssfenUMVb

There are still a lot of people that do not believe Jones should be paid elite money.

It is hard to argue with those people.

According to Over The Cap, if Jones was to make $35-$37 million per year that would make him the 10th highest-paid QB.

It is hard to win in the NFL when your quarterback is making that type of money.

Especially if your quarterback is not an elite passer.

That is why the Giants find themselves in this precarious position.

Jones is the type of quarterback that needs a ton of help around him.

But, paying him $35+ million per year would eat up a good portion of the cap space.

Jones has the right to ask for that much money as well.

As he might be better than every other quarterback around the $30 million range.

You will find Ryan Tannehill, Carson Wentz, Matt Ryan, and Jared Goff all in that area.

All in all, the Giants need to decide if Jones is the QB that can take them to the Super Bowl.

If they truly think he can then pay him, if not, it is time to move on.

The post Daniel Jones May Carry A Hefty Price Tag This Offseason appeared first on The Cold Wire.