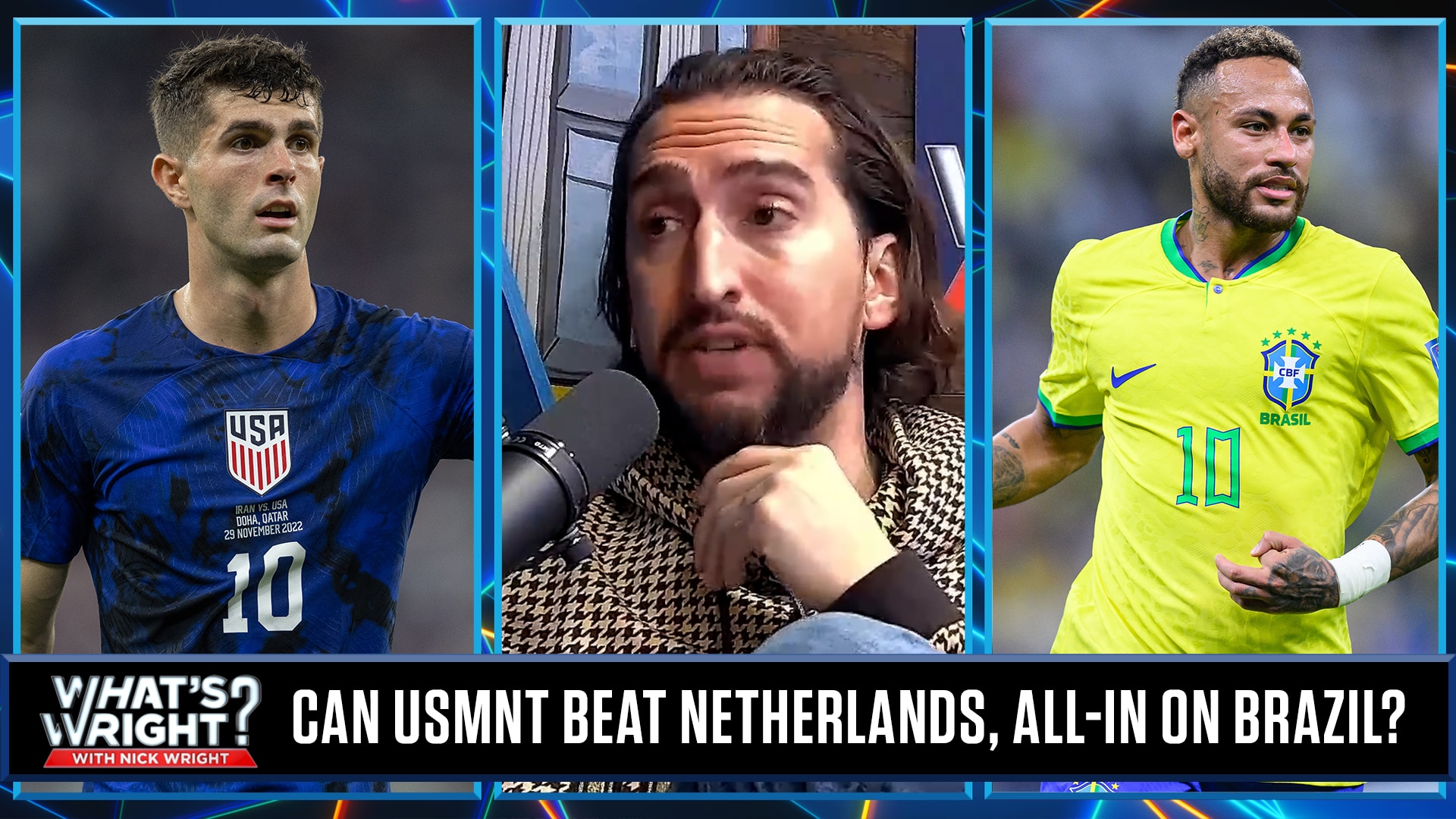 Group play in the 2022 Men’s FIFA World Cup is coming to an end! The USMNT is set to take on Netherlands in the Round of 16 after a 1-0 victory over Iran and a Christian Pulisic pelvic contusion injury. Meanwhile, France is showing signs of early dominance as they face Robert Lewandowski and Poland, while Argentina aims to continue its World Cup run against Australia. The USMNT has shocked many fans, advancing as one of the youngest teams in the World Cup but can they beat the Dutch? Watch as Nick Wright gives another FIFA forecast, including what it will take for the USMNT to advance to the quarterfinals, then reveals why he is all-in on Brazil winning it all.