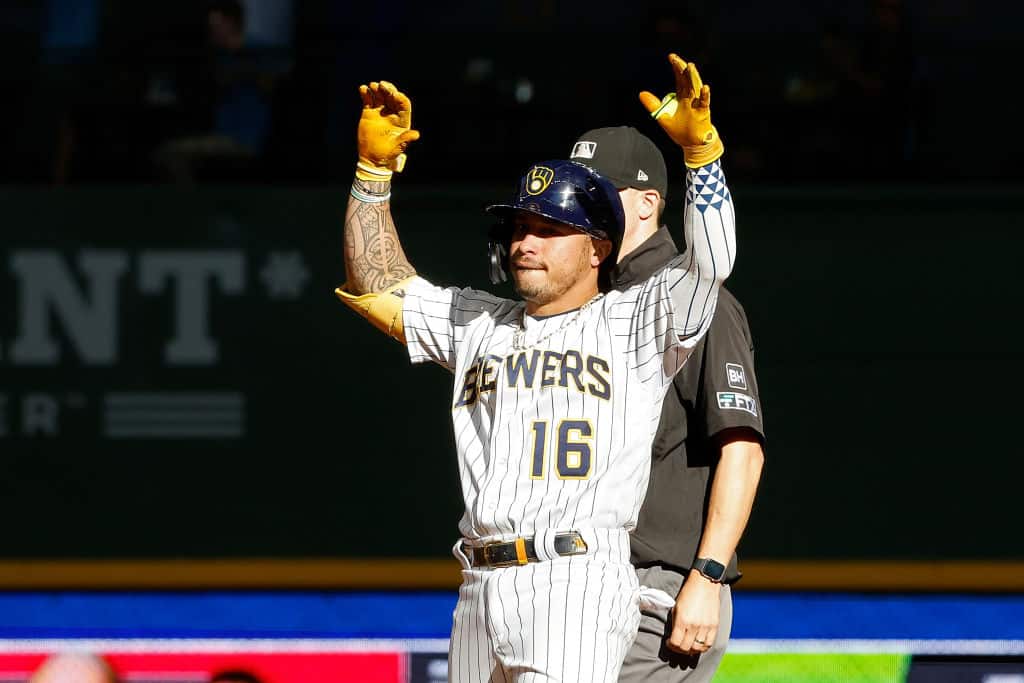 On Friday afternoon, two MLB teams with the intention to contend in 2023 completed a big trade.

The Seattle Mariners agreed to send infielder Abraham Toro and outfielder Jesse Winker to the Milwaukee Brewers in exchange for second baseman Kolten Wong and $1.75 million in cash.

The deal, per ESPN’s Jeff Passan, is not done yet but will be soon.

The Seattle Mariners and Milwaukee Brewers are finalizing a trade that will send outfielder Jesse Winker and infielder Abraham Toro to the Brewers for second baseman Kolten Wong and around $1.75 million in cash, sources familiar with the deal tell ESPN. It’s at the finish line.

Three talented players are involved in the deal, so it could very well go either way if we analyze who won and who lost.

The most important thing is that both squads filled some needs.

Fantasy baseball analyst Mike Kurland likes the fact that Winker is returning to the NL Central division, where he had his best years with the Cincinnati Reds.

In fact, he has some really good career numbers in the Brewers’ stadium.

Jesse Winker in his career at Miller Park/American Family Field:

In exchange, they give away a solid second baseman in Wong.

He has accumulated 5.0 Wins Above Replacement (WAR) in the last two seasons and is as reliable as they come.

The Move Has The Potential To Help Both Teams

After a year of Adam Frazier, the Mariners will welcome him with open arms.

They were interested in Wong for a long time.

This is a good trade for many reasons:

1. They’ve always wanted Wong and need a 2B
2. It didn’t cost pitching
3. Jerry has now shown he can move past failed acquisitions like Winker and Toro and avoid sunk costs https://t.co/UeSRhTtZB7

For Wong, however, the ballpark won’t be as favorable as it was in Milwaukee.

Fun trade all around. I'd expect Winker at DH and Toro to replace Wong at second for the Brewers. Shouldn't hurt our chances of getting some Mitchell/Frelick in the outfield. Unfortunately for Kolten Wong, it is a negative park shift for him. https://t.co/WSSeJdwV58

Toro represents a fun project for the Brewers: he wasn’t that good in 2022 but remains talented and controllable on the cheap for a long time.

I will miss toro more then winker if I’m being fully honest here pic.twitter.com/DGkYEuOIbd

All things considered, this is a fun trade and has the potential to help both teams in the long run.