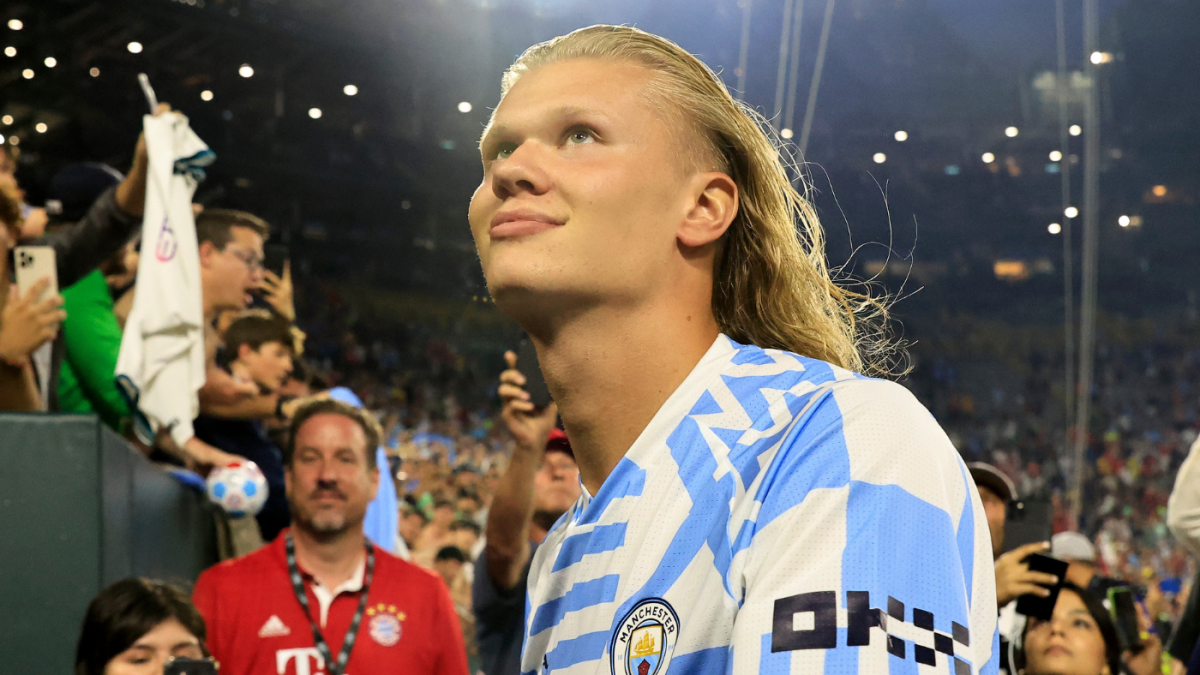 The 2022-23 English football season gets started on Saturday in its traditional fashion when Liverpool and Manchester City square off for the Community Shield. However, they will do so in unfamiliar surroundings. The eyes of England may be on Wembley Stadium once more this weekend but it will be for the Lionesses clash with Germany in the Euro 2022 final. The Premier League’s two biggest teams will have to settle for a place on the metaphorical undercard away at King Power Stadium.

Still, there ought to be plenty of intrigue and quality as there invariably is when arguably the two best teams in Europe face off. Both could go into the game bearing new strikers at the tip of their attack with Darwin Núñez and Erling Haaland both having been afforded minutes in preseason. Here is how you can watch the match and what you need to know:

Liverpool: While there might be much excitement among Reds’ supporters over appearances for Núñez and Fabio Carvalho, Jurgen Klopp’s focus might be at the other end of the pitch and a headache between the sticks. First-choice goalkeeper Alisson will be unavailable while Caoimhin Kelleher is injured, meaning Adrian will step into the fray for his first Liverpool appearance since October last year.

Diogo Jota will also be missing as he continues to battle a troublesome hamstring injury, making it all the more likely that Núñez will feature from the off at the King Power Stadium. The Uruguayan has played 156 minutes in preseason so far and found the net in one game, albeit frequently indeed as he scored four against RB Leipzig.

Manchester City: There could also be an outing for Haaland on Saturday with the Norwegian having needed just 11 minutes to open his account for City with a goal against Bayern Munich at Lambeau Field. However, it is not a given that the new signing or many other key figures in the City squad will be called upon by Pep Guardiola, who has made no secret of his relatively dim view of what might be considered the English “super cup.”

“The Community Shield? Nobody counts it, that’s the question, I would like an answer,” Guardiola said in 2019, adding: “We could have longer holidays.”

In a relatively low energy contest there may be little to separate these two with a penalty shootout ultimately deciding who emerges victorious. PICK: Liverpool 1, Manchester City 1 (Liverpool win on penalties)