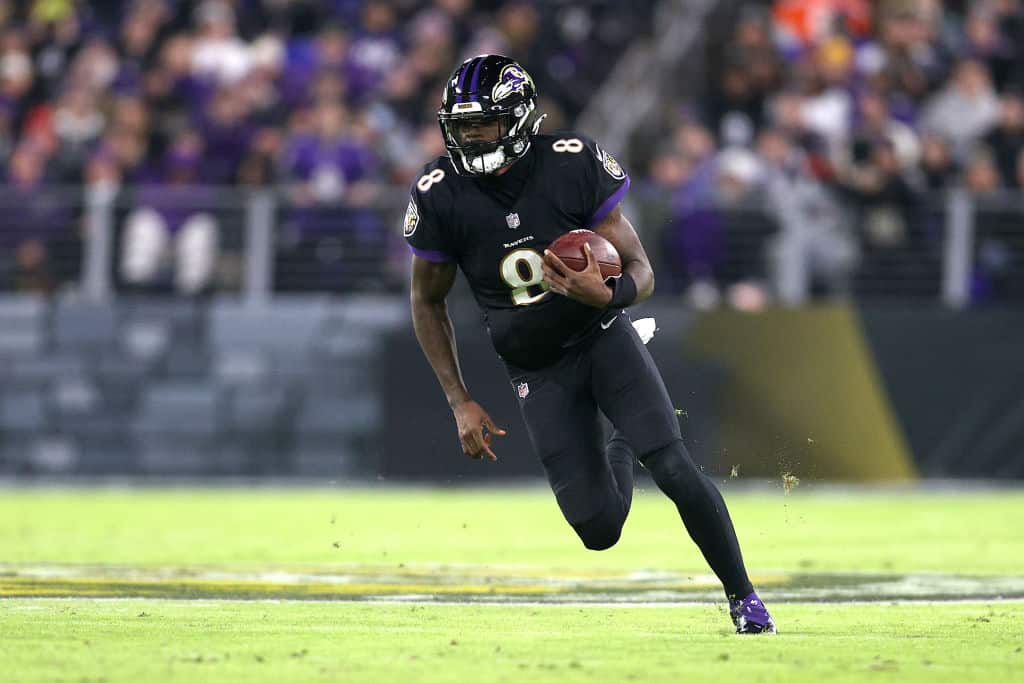 There have been many reports on Baltimore Ravens quarterback Lamar Jackson over the past week.

His injury status has been called into question, and many have wondered if he will play in the Ravens’ upcoming matchup with the Denver Broncos.

However, it appears that some positivity has surfaced today.

As of yesterday, December 1, Jackson participated fully in practice, meaning that it is becoming more and more likely that he will play on Sunday.

This matchup against the Broncos is certainly in must-win territory.

Heading into this game, the Ravens are tied with the Cincinnati Bengals at 7-4, tied for the lead in the AFC North.

A win on Sunday against the Broncos puts the Ravens in the driver’s seat for the division.

The Brilliance Of Lamar

While Jackson will likely not win the MVP award this season given the spectacular play of quarterback Patrick Mahomes, he is certainly turning in a great season.

When Jackson is on the field, the Ravens truly have a fighting chance in every single game, despite their opponent.

This is his fifth NFL season.

In the seven games that the Ravens have played without him, they are 2-5.

Simply put, this Ravens offense is not the same when Jackson isn’t on the field.

On the season, he has already thrown for 2,231 yards and 17 touchdowns and only added in seven interceptions.

Coupled with the 755 rushing yards and three additional rushing touchdowns, Jackson adds value to this offense with his arms, as well as his legs.

The post Lamar Jackson Continues To Get Good News On The Injury Front appeared first on The Cold Wire.

Free Gio Reyna? Why the U.S. is 'looking for the right moment' at World Cup

The Mavericks Still Aren’t Measuring Up