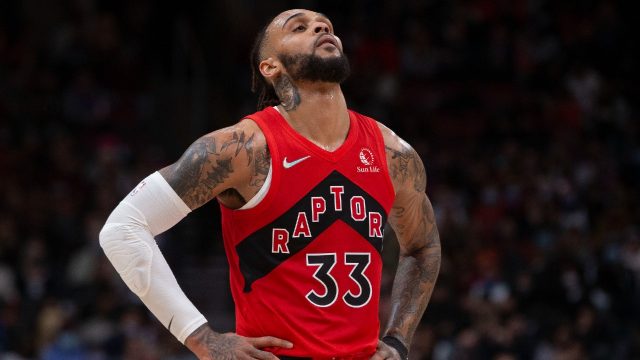 Veteran Lakers guard Patrick Beverley was ejected from Tuesday’s game against the Suns after he aggressively shoved Deandre Ayton in the back, sending the star centre to the ground.

The incident occurred late in the fourth quarter after Lakers forward Austin Reeves was fouled by the Suns’ Devin Booker while driving to the basket. Ayton was standing near Reeves, who was laying on the ground, when Beverley came up and shoved Ayton in the back, causing him to trip over Reeves and hit the floor.

Beverley was instantly ejected from the game while Booker was given a flagrant one for his aggressive defence on Reeves.

“Pat needs to stop pushing people in the back,” Booker said in an interview with TNT after the game. “Push them in the chest, that’s all I’ve got to say.”

Advertisement
Related Topics:AytonBeverleyDeandreejectedLakersPatrickshovingSuns
Up Next

Ben Simmons’ Immediate Reaction To His Return To Philly