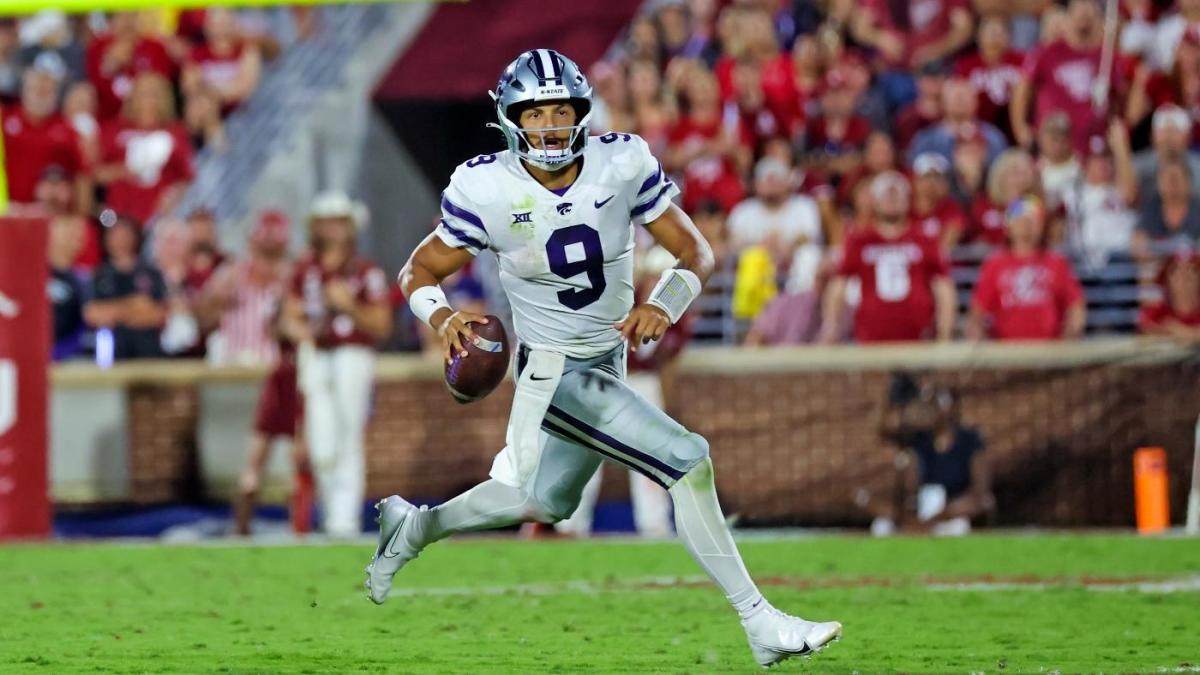 The No. 25 Kansas State Wildcats will try to back up their upset win over then-No. 6 Oklahoma when they host the Texas Tech Red Raiders on Saturday afternoon. Kansas State picked up one of its biggest wins in recent memory when it knocked off the Sooners as a 13.5-point underdog last week. Texas Tech is coming off a big win of its own, taking down No. 22 Texas in overtime.

Kickoff is set for noon ET. The Wildcats are favored by 7.5 points in the latest Kansas State vs. Texas Tech odds from Caesars Sportsbook, while the over/under is set at 57. Before entering any Texas Tech vs. Kansas State picks, you’ll want to see the college football predictions from the model at SportsLine.

Now, the model has set its sights on Kansas State vs. Texas Tech. You can head to SportsLine to see its picks. Here are several college football odds for Texas Tech vs. Kansas State:

Why Kansas State can cover

Kansas State has as much momentum as any team in the country following its upset win over then-No. 6 Oklahoma last week. Senior quarterback Adrian Martinez threw for 234 yards and one touchdown while also rushing 21 times for 148 yards and four touchdowns. Junior running back Deuce Vaughn added 25 carries for 116 yards, and he has now rushed for 468 yards overall this season.

The Wildcats are facing a Texas Tech defense that has allowed at least 27 points in each of its last three games. This is Texas Tech’s fourth consecutive game against a ranked opponent, making this a difficult scheduling spot on the road. Kansas State is on a six-game winning streak in this series, while Texas Tech is 2-15 in its last 17 road games overall.

Why Texas Tech can cover

This is a potential trap game for Kansas State following the program’s biggest win in recent years, especially since the Wildcats are facing a team that they have beat six straight times. They lost their most recent home game to Tulane two weeks ago, despite being 13.5-point favorites in that game. Martinez was held to 150 passing yards or less in his first three games of the season, which will not be enough to keep pace with Texas Tech.

The Red Raiders have already knocked off a pair of Top 25 teams this season, including last week’s 37-34 win against then-No. 22 Texas in overtime. Sophomore quarterback Donovan Smith threw for 331 yards and two touchdowns in that victory, while running back SaRodorick Thompson rushed for 70 yards and a score. Texas Tech has covered the spread in four of its last six games.

How to make Kansas State vs. Texas Tech picks

The model has simulated Texas Tech vs. Kansas State 10,000 times and the results are in. The model is leaning Over on the total, and it also says one side of the spread has all the value. You can only see the pick at SportsLine.