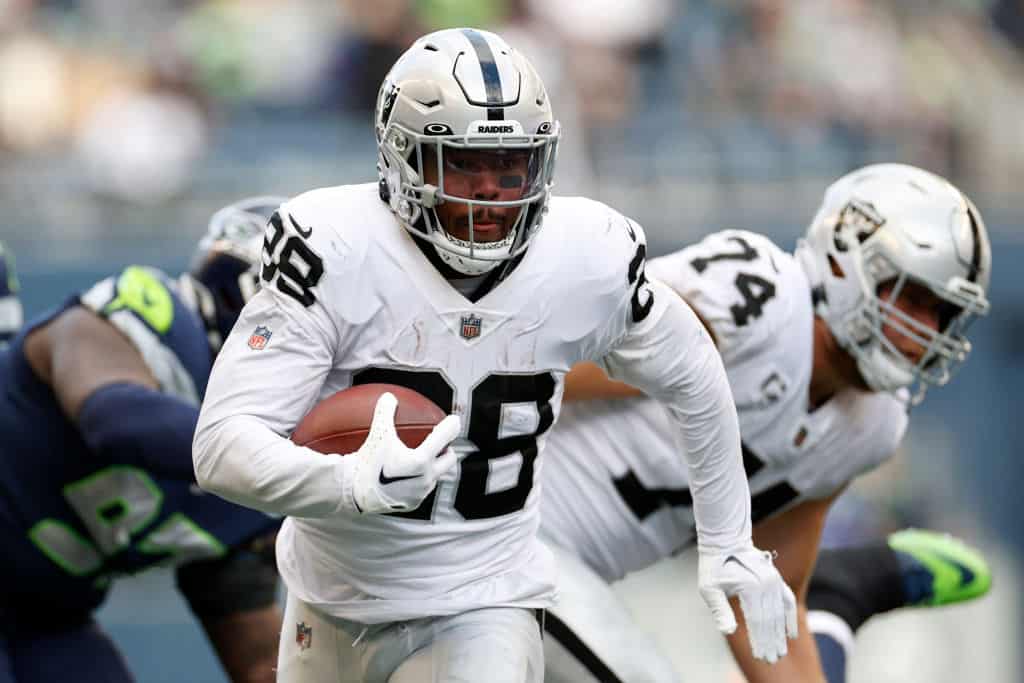 After 303 yards of total offense in their Week 12 matchup against the Seattle Seahawks, Las Vegas Raiders running back Josh Jacobs has been awarded AFC Offensive Player of the Week.

This is Jacobs’ fourth season in the NFL, and it is the first time that he has won this award in his career.

@iAM_JoshJacobs has been named the AFC Offensive Player of the Week! pic.twitter.com/SCl7EBYJ7H

While the Raiders do not currently have a winning record this season, Jacobs is a bright spot in what has been an underwhelming season for the Raiders.

Jacobs’ Path To Winning The Award

Jacobs has been having a banner year and was going widely unnoticed by the majority of the league.

However, this award certainly puts Jacobs on the map and shows that he is becoming more and more of an offensive threat.

While the Raiders aren’t winning many games, awards like AFC Offensive Player of the Week will assist Jacobs and his career, especially by adding to his resume regarding contract negotiations.

Jacobs is even building a case for Most Improved Player this year as well.

This is assuredly the best season of his career, and his stats have already passed his 2021 numbers, and he still has six games left to play.

Jacobs gives the Raiders something to be proud of amidst their losing ways.

Will we see him in a Raiders uniform for the 2023 season?

Advertisement
Related Topics:awardhomeJacobsJoshWeekWellDeserved
Up Next

2 Moves The St. Louis Cardinals Need To Make This Offseason

Julius Randle Had A Great Birthday Celebration On Tuesday