ST. PAUL, Minn. — Connor Hellebuyck had more time to collect his thoughts than he would have otherwise, thanks to an early pull less than three minutes into the second period.

But that made the words of the Winnipeg Jets star goalie even more meaningful as he addressed the media following a 7-1 blowout loss to the Minnesota Wild on Friday afternoon at Xcel Energy Center.

Hellebuyck may have been measured in his thoughts, but he didn’t pull any punches when he stood at the podium and was asked about a game that went sideways during as poor a period as the Jets have played this season.

“We’re playing a little bit fragile,” said Hellebuyck, who allowed more than two goals for the first time in nine starts. “And there’s three zones and we have to care more about every single one of them, starting in our end. We can’t be giving up seven.

“It’s just unacceptable if you want to win in this league.”

That sound you heard was Hellebuyck dropping the mic. He was blunt in his assessment, but didn’t point any fingers. He asked more of others, while also asking more of himself.

This was another sign of leadership from a guy who has grown comfortably into that role over the course of his time with the organization.

In a rivalry game that was supposed to help sharpen the focus of the Jets as they tried to ensure their season-worst losing streak wouldn’t stretch any longer, they instead suffered their most lopsided defeat of the season and offered very little in terms of a resistance after falling behind.

To say they outright quit isn’t accurate, but they didn’t show nearly enough fight either.

One-offs happen, but they can’t be ignored either.

“Long seasons like this you’re going to go through skids,” said Jets forward Paul Stastny, who returned to the lineup after missing the past eight games with a foot injury. “Whether you’re losing close games or blowout games, sometimes it’s better to lose a blowout game to kind of wake everyone up and knock some sense into everyone. Flip the page and kind of get to work tomorrow.

“Sometimes you lose one and you’re like ‘Oh it’s back-to-back with travel, everyone’s going to think we’re going to lose tomorrow’ but that’s not our mentality. Sometimes it takes the hardest ones to turn things around. Nothing comes easy in this league. Nothing comes easy in life and you learn from it, you constantly go through struggles like this and ups and downs and kind of grow out of it and get better from it.”

Stastny is rarely short on perspective, but now it’s up to the Jets to respond on the ice.

Saying the right thing is important. Following up those words with actions is essential for the Jets right now.

For as much credit as the Jets were given after jumping out to an impressive 9-3-3 start to the regular season, they’ve reached the point where they need to stand up and be counted.

This team was in the discussion as one of the top teams in the Western Conference after taking three of four points against the Edmonton Oilers just last week, but that seems like a lifetime ago.

Instead of battling for top spot in the Central Division, the Jets suddenly find themselves five points behind the Wild and they’re in jeopardy of falling below the playoff line in the West.

That cushion the Jets built has quickly evaporated after putting only one point in the piggy bank during this five-game skid (0-4-1) that leaves them with a 9-7-4 record and 22 points.

They won’t have to wait long for an opportunity, with the first meeting of the season against the Calgary Flames coming on Saturday night in Alberta.

A no-show in Cowtown against the team leading the Western Conference simply won’t be tolerated.

“Just a little urgency. And it can’t be from one guy. It can’t be solo efforts. It’s the team,” said Hellebuyck. “It’s every single guy in that locker room, including myself. A little more urgency. And if it takes a 1-0 game, that’s what we’ve got to do. We’ve got to give what the game is demanding of us right now.”

The Jets have scored just five goals during the losing streak, but it’s the defensive-zone play that is the far greater concern right now.

The small details are being ignored and that’s led to disastrous results.

What began as a sloppy third period against the Pittsburgh Penguins on Monday has now stretched into nearly two full games where there was far too much cheating for offence.

To borrow the phrase from Hellebuyck, that’s simply unacceptable and if the Jets want to get things turned around, it’s where they need to direct the most energy.

“We need to be a hell of a lot better defensively. That’s the starting point,” said Jets head coach Paul Maurice, who expressed a similar concern after Wednesday’s loss to the Columbus Blue Jackets. “That’s how you get out of these things. If you’re not scoring goals, you can’t go out and sell it all out at all costs to score. We gave up so much off the rush, whether it was dangerous off the rush, it became dangerous after the rush.”

When a team gets blown out, it’s always interesting to gauge the reaction of a head coach.

Is he spitting nails or is he preaching patience and calm?

Maurice was clearly frustrated by what transpired, but he didn’t lose his temper, likely sensing his team didn’t need to be berated publicly after a poor effort.

When a boat is taking on water, the last thing the captain of the ship can afford to do is show signs of panic or provide an out-of-character response to a question.

Not long ago, Maurice was praising this group for its collective maturity. Now he’s counting on them leaning on that quality in this latest challenge as the Jets close out a three-game road trip.

How the Jets react could end up telling us an awful lot about what kind of team they’re actually going to be.

Advertisement
Related Topics:detailsdisastrousignoreJetsleadinglosssmallunacceptable
Up Next 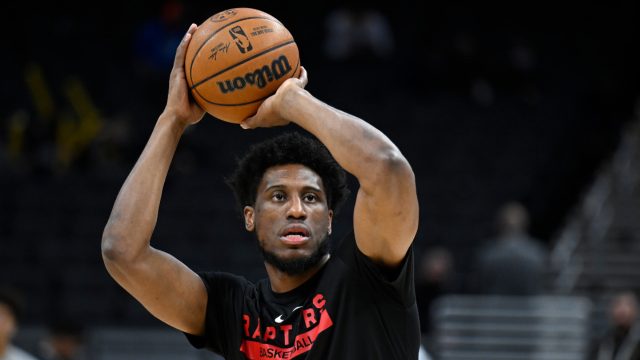 MEMPHIS, Tenn. (AP) — Pascal Siakam scored 19 points, including a pair of free throws with 9 seconds left, and the Toronto Raptors rallied from a 15-point deficit to beat the Memphis Grizzlies 106-103 on Sunday.

Jaren Jackson Jr. missed a 3-pointer with 5.2 seconds left that would have tied the game for the Grizzlies, who played without star Ja Morant because of right wrist soreness.

Toronto won its second straight game and went 4-3 on its season-long seven-game road swing. Memphis has lost three straight and eight of nine.

Chris Boucher scored 17 points and matched his season high with three 3-pointers for the Raptors. Scottie Barnes finished with 16 points, including a pair of key baskets down the stretch.

Desmond Bane led Memphis with 26 points, while Jackson had 18 points and four blocks. In addition to Morant, the Grizzlies were missing center Steven Adams (right knee) and forward Dillon Brooks, who served a league-assessed one-game suspension for his confrontation with Cleveland’s Donovan Mitchell on Thursday.

Precious Achiuwa got free for a baseline dunk with 2:32 left that gave the Raptors a 100-99 lead. From there, the teams traded baskets until Barnes hit a pair of shots, the latter with 20.1 seconds left for a 104-103 advantage.

Raptors: F O.G. Anunoby, whose name has been mentioned in trade rumours, missed his fifth straight game with a left wrist sprain. … Fred VanVleet handed out his 2,000th career assist in the first quarter. … Scottie Barnes had his 100th career block in the third quarter. … Gary Trent Jr. had 10 points, ending his streak at 11 straight games with at least 15 points.

Grizzlies: Santi Aldama finished with 15 points. … Tyus Jones recorded his 500th career steal in the first quarter. … The loss prevented Memphis from sweeping the series with Toronto. It hasn’t won both games against the Raptors in the regular season since 2012-13.

Morant tweeted that a friend of his has been banned from games at FedExForum for a year. The punishment stems from a confrontation on Jan. 29, when the Grizzlies hosted Indiana. During the game, there was barking between Pacers players and friends of Morant seated along the sideline. The talking apparently continued into the players’ parking area after the game, leading to an investigation by the league. Memphis coach Taylor Jenkins said he was aware of the league’s investigation and that the team addressed the matter internally. He did not elaborate further. 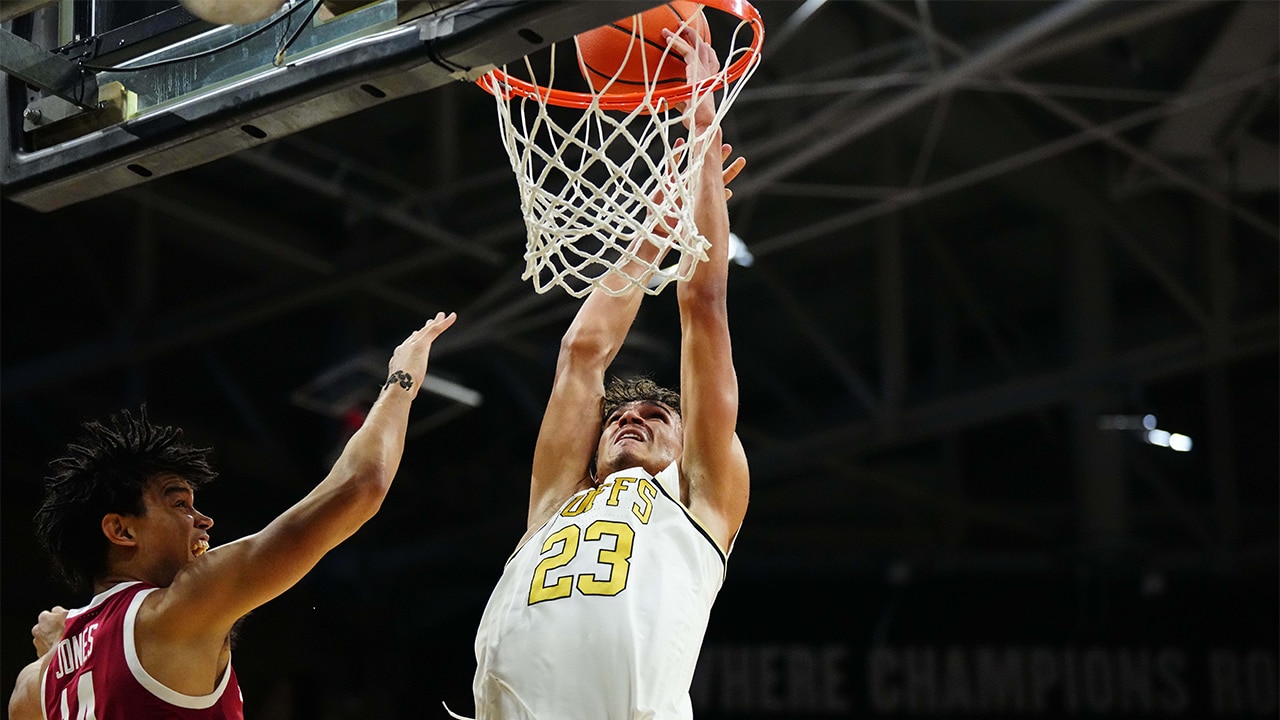