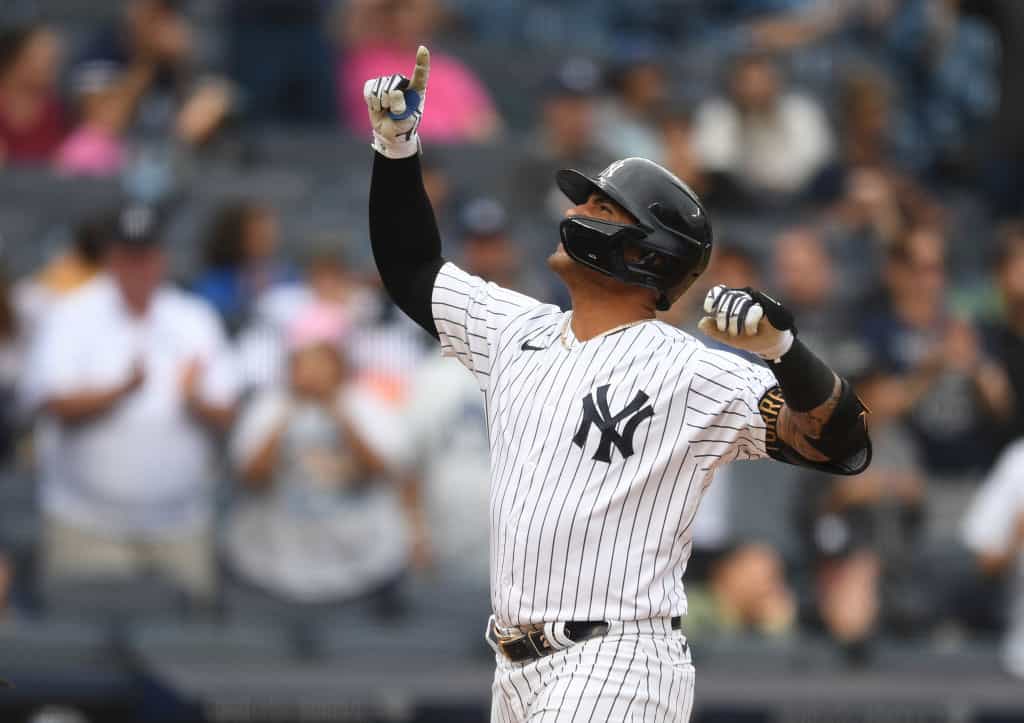 For a baseball player, defending the uniform of his favorite team growing up means a lot.

Current free agent and former New York Yankees star Aaron Judge is considering signing with the San Francisco Giants in part because he rooted for them as a kid.

One of Judge’s teammates on the Yankees, Gleyber Torres, is currently playing for his favorite squad from when he was a child: the Leones del Caracas of the Liga Venezolana de Beisbol Profesional, or LVBP.

Gleyber has accumulated three games this year and participated in the Home Run Derby on Monday.

This week, he hit his first homer of the season in Venezuela, a long drive to left-center field that left the yard in a hurry.

So far, it’s Gleyber’s first hit of the season: he is batting .083, but he made that lone hit count.

He Could Be Traded This Offseason

Torres has shown he is an above-average hitter in MLB.

That helped him produce a solid 115 wRC+, comfortably over the league average performance of 100.

Despite his rebound season, the Yankees were close to trading him before the deadline for pitcher Pablo Lopez and are reportedly exploring the possibility of moving him during the offseason.

They have an abundance of second basemen, and need a third baseman, a left fielder, and perhaps a shortstop.

They could also deal him for pitching.

For now, he is trying to take his mind off the rumors and enjoying the moment with Leones.

The post Gleyber Torres Showcases His Power In Venezuela appeared first on The Cold Wire.