The only thing tougher than stopping the Calgary Flames Thursday in Buffalo would have been selecting the three stars.

Did Andrew Mangiapane’s two-goal, eight-shot effort deserve top billing in a 5-0 whitewash of the Sabres?

After all, his 11th and 12th catapulted the 25-year-old breakout star into second amongst NHL goal scorers, which includes an NHL-best 11 on the road.

What about the three-point efforts by both Matthew Tkachuk and Johnny Gaudreau, whose chemistry was on full display throughout a cakewalk that opened with a long bomb from the former that was finished top shelf by the latter.

Lest we overlook the 27-save shutout by Jacob Markstrom, who extended his league lead in bagels to five.

Poor ol’ Oliver Kylington, who has rightfully received a healthy dose of adulation of late, doesn’t even get consideration for extending his eye-popping point binge to 12 points in his last 12 games.

On a road trip in which the Flames probably deserved better than one win in their first four games, the Flames head into the homestretch of their seven-game jaunt with a reminder they are capable of scoring in bunches.

With an eye on altering the fortunes of an offensive group that had been stumbling of late, coach Darryl Sutter opted to replace Sean Monahan with Mikael Backlund on the second line between Blake Coleman and Mangiapane.

It worked, as the veteran made a brilliant return pass on a 2-on-1 to give Mangiapane his second of the game, opening the door for a series of late passes aimed at trying to get the team’s scoring sensation his second career hat trick.

“We all wanted him to get it,” Tkachuk said. “In the second and third, he had like a million shot attempts. He wanted it, too.

“He played really well tonight. Still a very humble kid and just kind of scratching the surface of what he can be. He’s starting to show the rest of the hockey world that he’s one of the best in the NHL.”

You can bet the brass at Hockey Canada took notice, once again, as Mangiapane is now tied with Alex Ovechkin, Kyle Connor and Chris Kreider for second in the NHL.

His 10 even-strength markers are second only to Connor.

The Flames entered the game the second-stingiest team in the league defensively, behind the Carolina Hurricanes.

Six of the Flames’ nine wins have come via shutout, as backup Dan Vladar has one as well.

With a previous career high of three shutouts, Markstrom now has five in 13 starts, putting him on a pace to shatter the franchise record of 10 by legendary Flames netminder Miikka Kiprusoff, set in 2005-06.

Kiprusoff started 74 games that season, which clearly won’t be the case for the Swedish star this year.

He wasn’t called upon to make too many big saves Thursday, as he once again fit perfectly into a defensive-minded system aimed at limiting the sort of chances the team had allowed two nights earlier in an overtime loss to Philadelphia.

To put in perspective the dominance, Markstrom has more shutouts than four teams have wins this year.

With apologies to Mangiapane, Kylington continues to be one of the best breakout stories of the NHL season.

Playing with a poise and confidence that is allowing him to take reasonable chances offensively, the 24-year-old’s point per game pace the last three weeks speaks to his newfound consistency.

He’s been held off the scoresheet just once in the last dozen games, while being a minus player just twice all season.

“Just try to be as reliable as I can in my own zone and chip in offensively when I can,” said Kylington of his philosophy.

“Just trying to be a good two-way defenceman and be as consistent as possible. I feel I can open it up and I can use my offensive instincts. But everything starts in our own end. You have to be good there to get opportunities offensively.”

You can bet he’s thanked the hockey gods for a partner like Chris Tanev, whose defensive-mindedness can help atone for potential missteps.

“I would say, looking back, he’s one of the better or the best guys I’ve been playing with as a defensive partner. He’s on me, though. He’s really on me, and I’m appreciative of that, and really try to do it as a pair and really work as a pair and help each other out. That helps a lot when you communicate a lot and try to improve some small details in our game all the time. As a friend, and as a teammate, it’s not being hard on you like ‘I’m mad at you!’ It’s just helping each other out and we’re trusting each other and we’re making plays.”

With points in seven of their last nine, the Flames will help the New York Islanders open their new arena Saturday before finishing a seven-game road swing in Boston on Sunday. 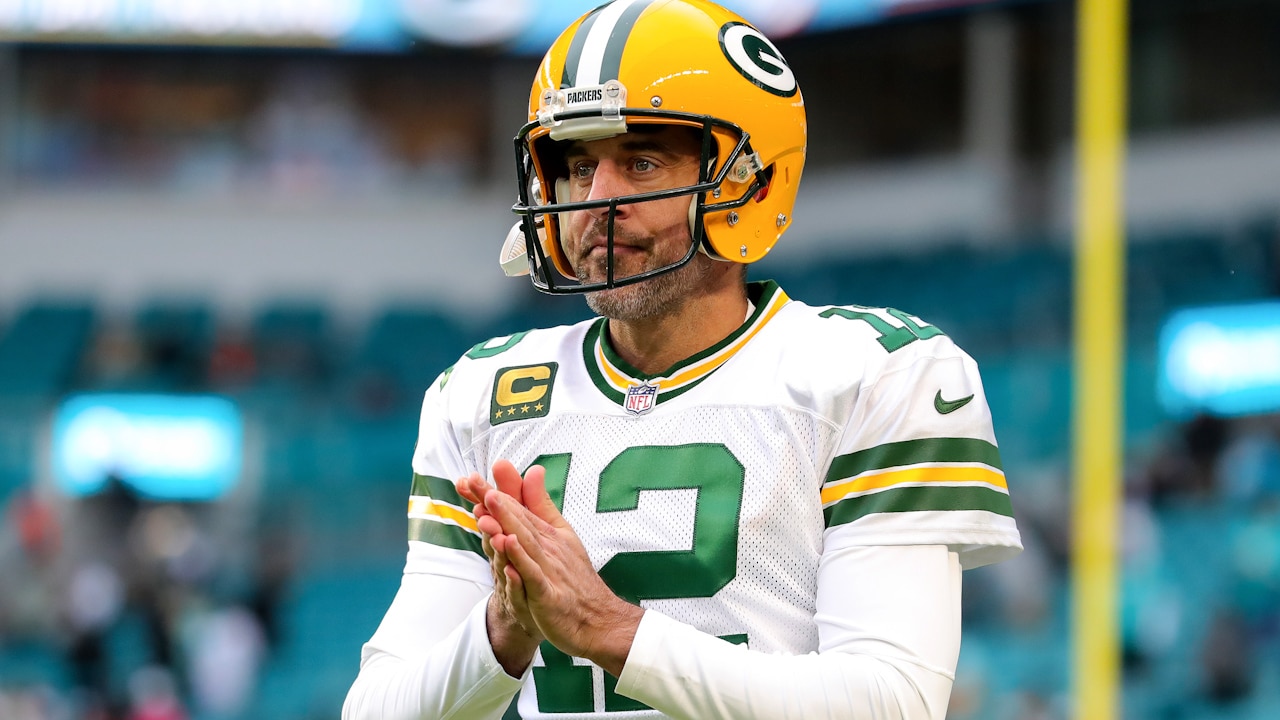 Super Bowl LVII: Chiefs and Eagles will meet for title in Arizona 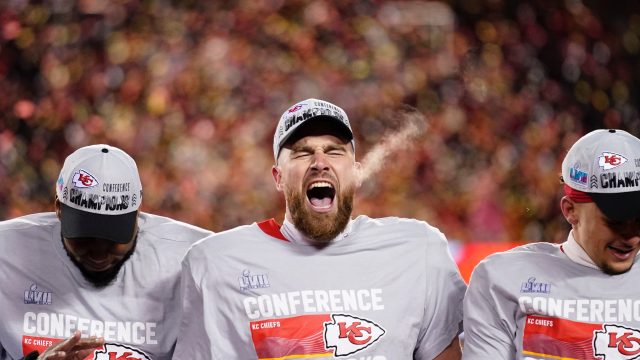 Patrick Mahomes finally got the best of Joe Burrow.

All he needed was a little shove.

Harrison Butker made a 45-yard field goal with 3 seconds left — after Cincinnati’s Joseph Ossai was flagged for a 15-yard penalty for shoving Mahomes after he was out of bounds — and the Chiefs beat the Bengals 23-20 in the AFC championship game to make it back to the Super Bowl.

Kansas City will face the Philadelphia Eagles in the Super Bowl on Feb. 12 in Glendale, Arizona.

The Eagles opened as a 1 1/2-point favourite, according to FanDuel Sportsbook.

There are no shortage of storylines: Kansas City coach Andy Reid goes against his old team — which he led to Super Bowl 39 — in a game that’s also the first matchup of Black starting quarterbacks in the Super Bowl with Mahomes and Philadelphia’s Jalen Hurts.

On top of that, there’s a brother-against-brother showdown between Chiefs tight end Travis Kelce and Philadelphia center Jason Kelce.

“Officially done being a Chiefs fan this season!! ” Jason Kelce tweeted immediately after the Chiefs won.

The Chiefs have been making deep postseason runs on a regular basis ever since Mahomes came to town as the franchise quarterback.

This was their fifth straight trip to the AFC title game and will be their third Super Bowl appearance in that span. They beat the 49ers for the NFL title in the 2019 season, but lost to the Bucs the following season.

The Eagles clobbered the Niners 31-7 in the NFC title game earlier Sunday. They’ve looked dominant in the playoffs so far, also beating the New York Giants 38-7 in the divisional round.

Philadelphia is back in the Super Bowl five years after beating the New England Patriots 41-33 on Feb. 4, 2018.

Now a mostly new generation of Eagles — led by coach Nick Sirianni and Hurts — will come to Arizona to try and win another title.

The Chiefs-Bengals game looked as if it was going to overtime before Ossai’s ill-advised play. Mahomes — who was playing on a badly sprained ankle — was running to get a first down in the final seconds as Ossai desperately tried to track him down.

Mahomes was out of bounds when Ossai gave him a shove, sending both players tumbling to the turf. The ensuing 15-yard penalty was enough to push Butker into field-goal range and the kick split the uprights.

A distraught Ossai sat on the bench with his head in his hands, well after the game was over.

The Bengals and Chiefs were playing for the fourth time in less than 400 days and Cincinnati had won the previous three meetings — all by three points. This one was decided by a field goal, too, and all Burrow could do was watch.

The Bengals lost to the Rams in last year’s Super Bowl and they just missed another chance at returning to the title game.

NO DRAMA IN NFC

Oddsmakers thought fans were in for some close conference championship games.

They’ll have to settle for a 50% success rate.

The NFC title game was a blowout. Niners rookie quarterback Brock Purdy was injured in the first quarter when Eagles linebacker Haason Reddick drilled his right arm on a play that was ruled a fumble. The Eagles recovered that fumble and the injury proved to be a game-changer.

With Purdy hurt, San Francisco turned to 36-year-old journeyman Josh Johnson, who couldn’t do much before eventually leaving with a concussion. Purdy came back into the game, but could barely throw, and the Eagles cruised to the win.

The 49ers dealt with quarterback injuries all season, losing Trey Lance and Jimmy Garoppolo before turning to Purdy, a seventh-round draft pick out of Iowa State. Purdy stepped into a starter’s role in December and won his first seven games before Sunday’s injury.

Here’s a few things to know about the upcoming Super Bowl:

Rihanna will take center stage as the headline act for this year’s Super Bowl halftime show.

With sales of more than 250 million records worldwide, Rihanna ranks as one of the best-selling female artists ever. Her most recent album was 2016′s “Anti.” Rihanna last performed publicly at the Grammy Awards in 2018.

The singer said she turned down a similar opportunity for the 2019 Super Bowl that was ultimately headlined by Maroon 5. At the time, many artists voiced support for Colin Kaepernick, the former San Francisco 49ers quarterback who protested police brutality against Black people and minorities by kneeling during the national anthem in 2016.

The Pro Bowl is getting a major makeover this year after the NFL eliminated its full-contact all-star game and replaced it with weeklong skills competitions and a flag football game.

The flag football contest is Feb. 5 in Las Vegas at Allegiant Stadium, one week before the Super Bowl.

The Pro Bowl debuted in January 1951 in Los Angeles and stayed there for 21 seasons before the game moved to different cities from 1972-80. Hawaii hosted from 1980-2009, and the game has had several homes in the years since, including Miami, Phoenix, Orlando and Las Vegas.

“The game was kind of silly, I guess,” Saints two-time Pro Bowl offensive lineman Ryan Ramczyk said back in September when the news was announced. “Guys weren’t out there playing true football. Hopefully, there’ll be a lot of interactions with the fans and guys will get their opportunity to go out there and show some skills. I could see that being a good change.”

More from Sportsnet
Chiefs’ Kelce to Cincinnati mayor: ‘Know your role and shut your mouth! You jabroni!’ 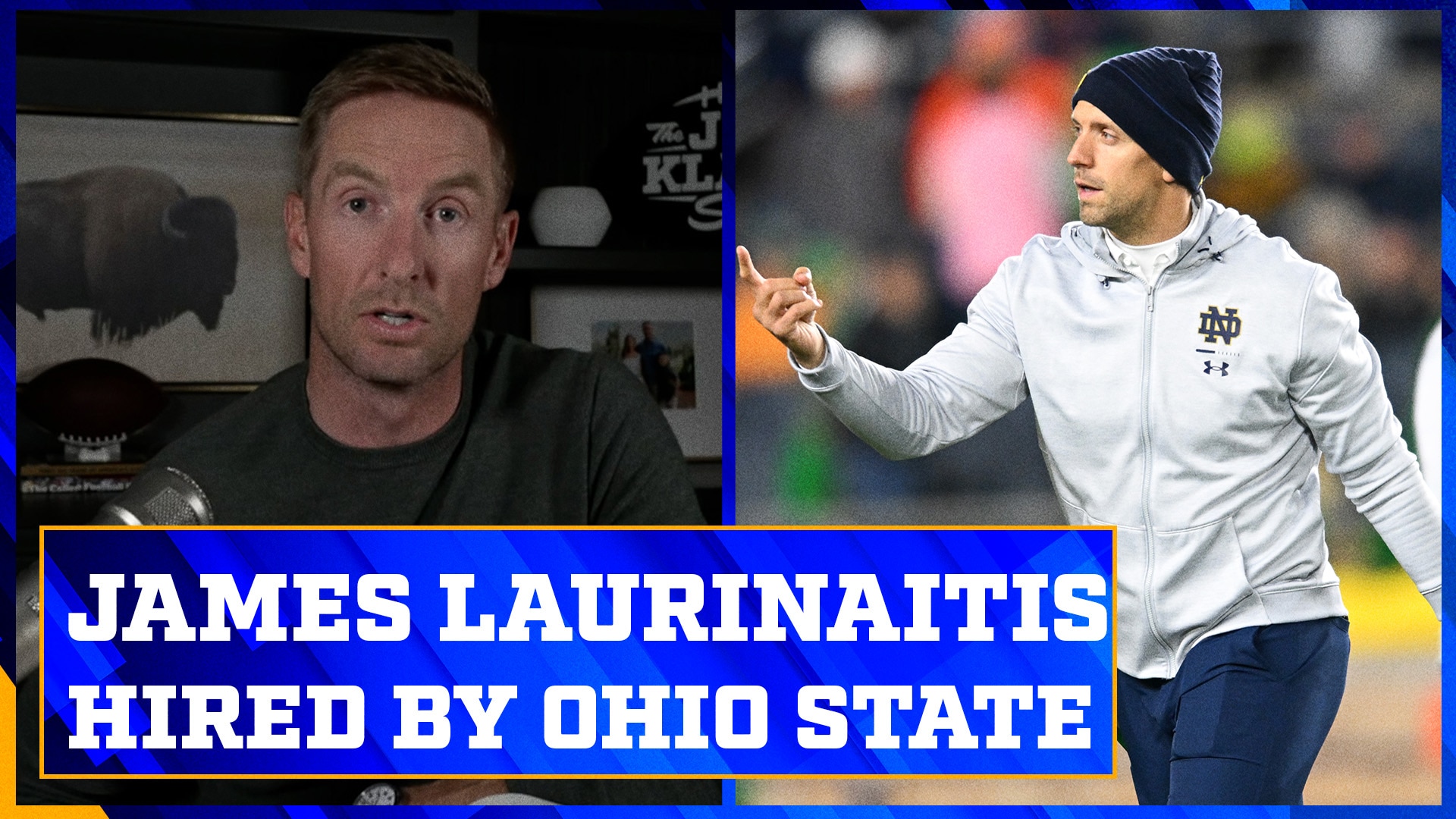 Joel Klatt discussed Ohio State Buckeyes hiring former linebacker James Laurinaitis as a defensive GA. Joel believes that Laurinaitis can help transform the defense into a powerhouse like the offense is for wide receivers. He then discussed the Tennessee Volunteers giving Josh Huepel a contract extension after their 11-win season.

Super Bowl LVII: Chiefs and Eagles will meet for title in Arizona