No stage appears too big for Andrew Mangiapane as he continues his ascent in the hockey world.

With all eyes on the brand-new UBS Arena on Hockey Night in Canada, the 25-year-old Flames winger continued to steal the show with a pair of power-play goals in a 5-2 win over an energized Islanders squad.

So impressive is Mangiapane’s 14-goal spree to sit second only to Leon Draisaitl, his second consecutive two-goal outing managed to overshadow the fact that Jacob Markstrom essentially stole this one.

More on him in a bit.

Tipping in point blasts on two separate power-play units to put the Flames up 3-1 early in the second period, Mangiapane now finds himself sandwiched between Draisaitl and Alex Ovechkin on the NHL goal-scoring list.

Only Draisaitl has more than the four game-winning goals Mangiapane has.

The Islanders are home at last
After a decades-long run at Nassau Coliseum, an indelible if flawed part of the Long Island hockey experience, and a brief stint at the Barclays Center while waiting for their new home, the Islanders finally opened the doors to UBS Arena. Here are the best moments from opening night.
| Years of uncertainty are finally over for the Islanders
| The puck drops for the first time at UBS Arena
| The first-ever Islanders goal at UBS Arena is scored
Advertisement

He’s certainly the top Canadian, which will only fuel the ongoing debate over whether he can sustain the type of momentum that may just land him alongside the country’s best in Beijing.

“I’m playing with good players and they’re finding me the puck right now, and I just happen to put them home,” said Mangiapane, when asked about setting a franchise record for the quickest 13 road goals in a season.

Brock Nelson may have been the only one to solve Markstrom on this night, with a pair of goals, but the Islanders centre was stymied early and often by the Flames netminder.

Had he not made a pair of great stops on Nelson in the first period, the complexion of the game might have been altered.

By night’s end, four of Markstrom’s 34 saves came on Nelson shots, simply adding him to the lengthy list of frustrated forwards around the league.

Markstrom sits second in the league with a sparkling 1.71 GAA and .942 save percentage, trailing only Toronto’s Jack Campbell in both categories.

His workload was heavy on Saturday, especially while down a man on six occasions, when he stopped eight of nine shots.

Showing signs of fatigue late in what was the team’s sixth straight road game, the Flames held on to a 3-2 lead until Trevor Lewis and Johnny Gaudreau scored empty netters to send the first-ever gathering at Belmont’s UBS Arena home unhappy.

Built next to Belmont Park racetrack at a cost of $1.5 billion, the rink’s christening didn’t start off as well as the 17,255 on hand had hoped.

Milan Lucic forced a turnover that Brad Richardson converted into a 1-0 lead four minutes in, giving the Flames the early lead every game of this road jaunt.

“It was a nice way to quiet them down early,” said Richardson.

“Thirty years from now my name will come up, so that’s always nice.”

Combine a typically raucous New York crowd with a historic opening and the atmosphere was something the Flames knew they’d have to battle.

“Kind of cool to play in,” said Mangiapane.

“You could feel the energy the first time you went out there. I think we almost fed off that energy.”

The Flames wrap up their seven-game roadie in Boston Sunday.

Advertisement
Related Topics:debutFlamesIslandersMangiapanenewhomeRedhotSpotlightsteals
Up Next 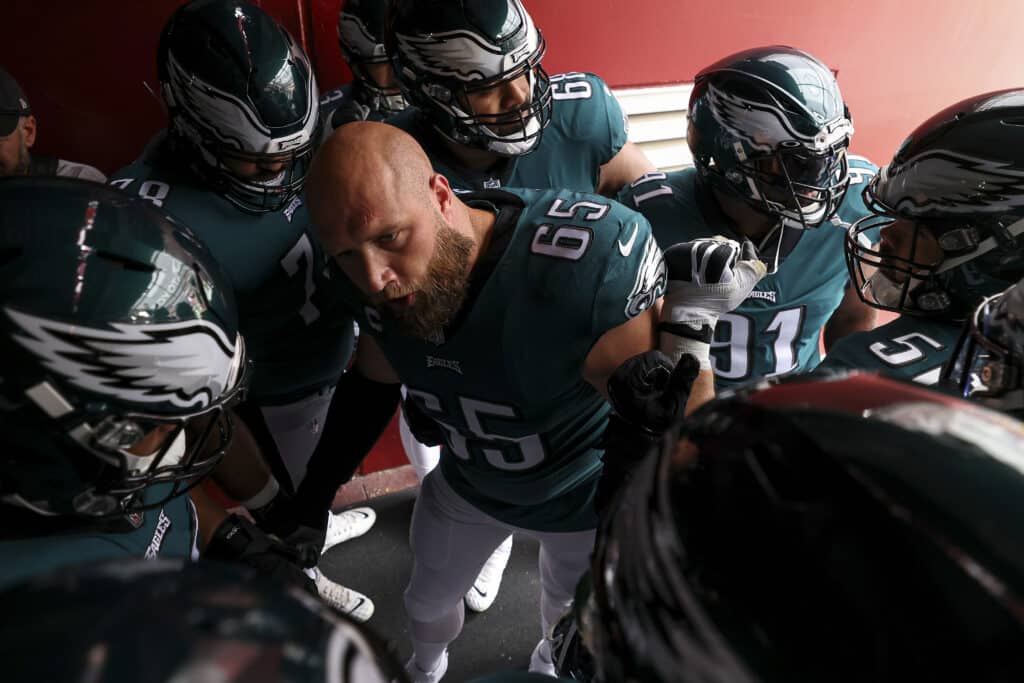 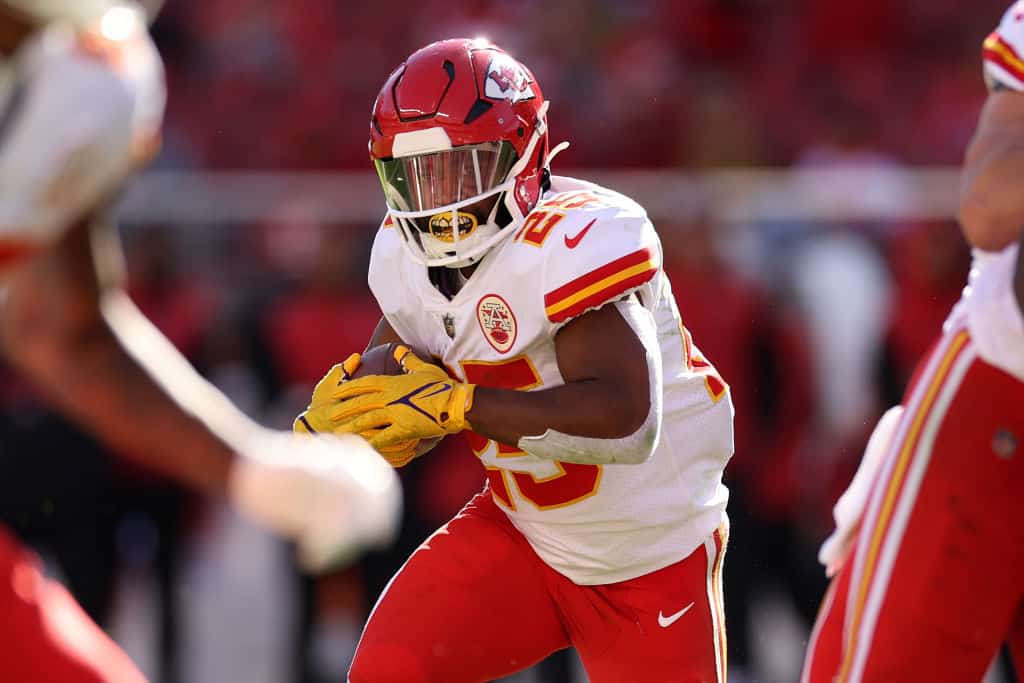 The Kansas City Chiefs have added an interesting piece to their roster just six days ahead of the Super Bowl.

While the team’s running backs, Isiah Pacheco and Jerick McKinnon, have looked great in previous weeks, the team has decided to include another player into the mix.

Clyde Edwards-Helaire has officially been activated from injured reserve, and will likely be added to the Chiefs Super Bowl roster.

This comes on the heels of the unfortunate news that Mecole Hardman will be placed on the IR due to his pelvis injury.

His season is effectively over and he will be unable to play in the biggest game of the season.

Edwards-Helaire hasn’t touched the field since the week of November 20, and has been sidelined ever since.

However, even before he was injured, Edwards-Helaire had not put together a strong showing on the season, as his best individual game was on October 2, where he had 62 rushing yards, two receptions, and two touchdowns.

Besides that game, he has been largely ineffective for the Chiefs.

Will the Chiefs place any faith in Edwards-Helaire to succeed in the postseason?

He does have a history of fumbling, especially in the team’s biggest moments.

We will soon see how involved Edwards-Helaire will be in this game, as the Chiefs look to win their second Super Bowl in the past five seasons.

Patrick Mahomes has spread the ball around to multiple pass-catchers this season, but due to Edwards-Helaire’s lack of playing time as of late, this will be a situation to monitor moving forward. 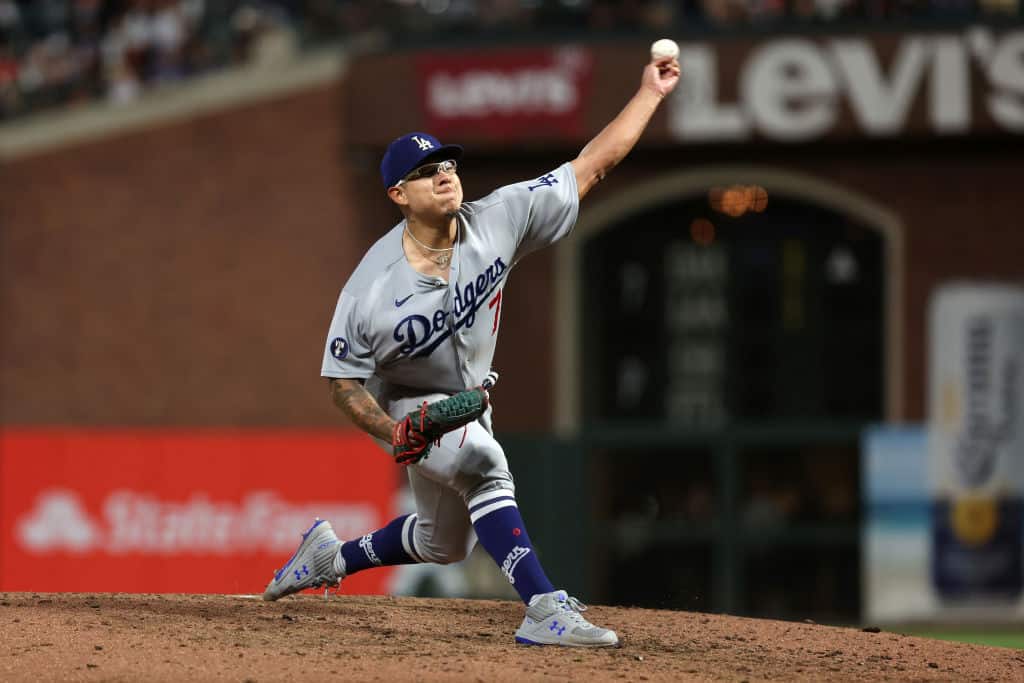 Ever since making his MLB debut as a 19-year-old kid in 2016, Los Angeles Dodgers left-hander Julio Urias was projected to be a rotation mainstay for years to come.

He had the look of a superstar: the talent, the determination, and the drive to improve.

He doesn’t speak too much off the field, but his on-field performance is very loud and it says that he belongs in the National League’s elite.

The Dodgers are the only MLB franchise Urias has known, and it’s not surprising to learn that has grown to love the city, the fans, and everything about being a Dodger.

“Julio Urías on his special relationship with the city of Los Angeles: ‘It’s always been an incredible blessing. It always feels like I’m pitching in Mexico. To follow someone like Fernando, it’s such a blessing to be here.’ Dodgers need to pay Julio,” Dodgers insider Doug McKain tweeted.

Julio Urías on his special relationship with the city of Los Angeles:

“It’s always been an incredible blessing. It always feels like I’m pitching in Mexico. To follow someone like Fernando, it’s such a blessing to be here.”

Judging by his quotes, it does feel like Urias is comfortable pitching in LA, so much that he feels at home doing so.

The team is paying him $14.25 million in 2023, which will be his last season of team control remaining.

After the 2023 World Series, the southpaw will test the free agent waters…unless the Dodgers can extend him.

He is very much worth a mega-extension: he has been great for quite some time and he is still very young at 26.

His best years, quite possibly, are still ahead of him.

He helped the Dodgers win another Division title.

Will his stay in LA be extended for the foreseeable future?

Only time will tell but he has earned quite a big payday.

The post Julio Urias Discusses His Love For Los Angeles appeared first on The Cold Wire.