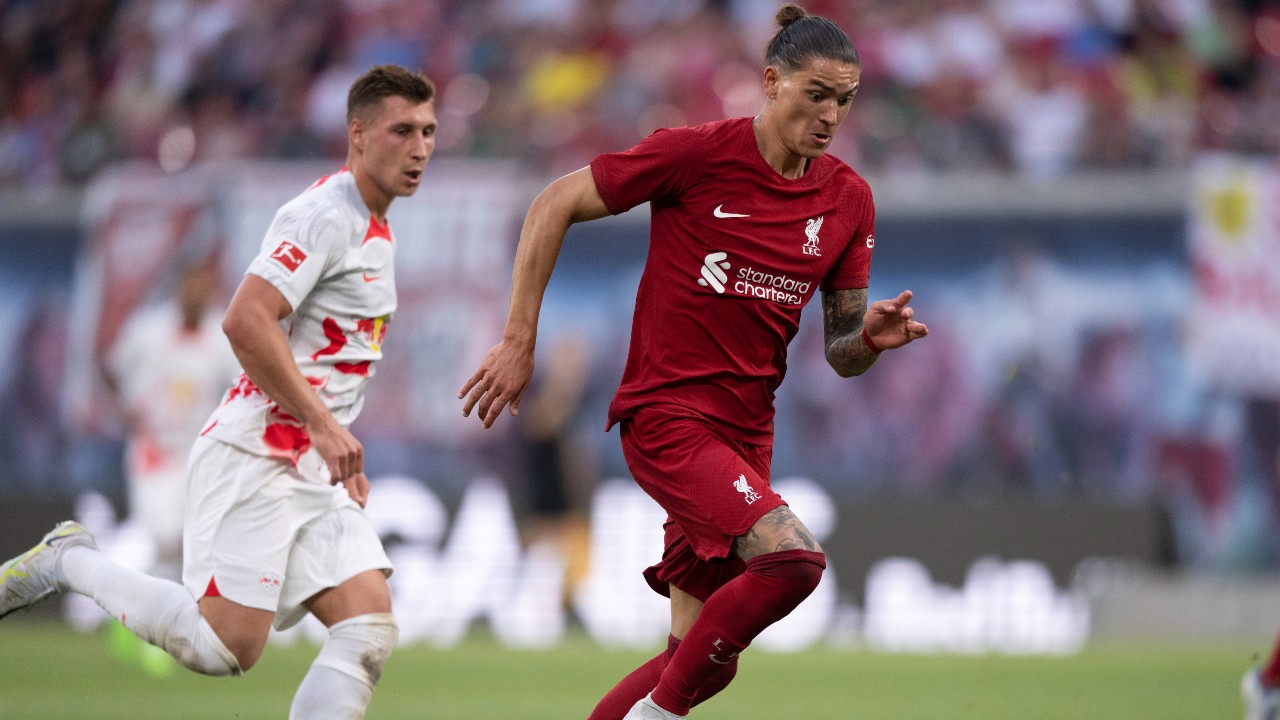 The 2022-23 Premier League season is nearly upon us, with the English topflight’s new campaign scheduled to kick off on Aug. 6.

But before that, there is the small matter of the Community Shield, English soccer’s traditional curtain raiser that pits last season’s league champions vs. FA Cup winners, in this case Manchester City vs. Liverpool FC.

The Community Shield celebrates its 100th anniversary this year, and for the first time in a decade it will not be held at London’s Wembley Stadium. The 2022 UEFA Euros is currently going on in England, which means the Community Shield has been moved to King Power Stadium in Leicester.

Liverpool has won the Community Shield 15 times (third-most of any club), but its previous victory came in 2006. The last of Manchester City’s six wins was only three years ago when it beat Liverpool in a penalty shootout at Wembley.

Here are three things to be on the lookout for in Saturday’s game.

Watch the Community Shield on Sportsnet


Erling Haaland and Darwin Nunez make their competitive debuts for Man City and Liverpool in yet another chapter of the English rivalry. Watch it live on Sportsnet ONE, World or SN NOW at noon ET on Saturday.
Advertisement
Watch on SN NOW
TV Listings

Liverpool and Manchester City spent big money on young forwards this off-season to bolster their respective attacks, and Saturday’s Community Shield represents both players’ competitive debuts for their new clubs after playing in pre-season friendlies.

Norwegian international Erling Haaland, 22, established himself as one of the hottest young prospects in world soccer at German club Borussia Dortmund, where he scored 85 goals in all competitions over two and a half seasons.

Real Madrid and Barcelona were eyeing the athletic forward, but it was Man City who secured his services after paying his €60-million release clause to pry him away from Dortmund.

Haaland made his debut for the Blues last week and scored his first goal for the club after only 11 minutes in a 1-0 win over Bayern Munich in an exhibition game in Green Bay, Wisconsin.

Liverpool also delved into the transfer market when it paid Benfica €75 million for Uruguayan forward Darwin Núñez. Núñez, 23, enjoyed a prolific run at Benfica, scoring 47 goals in all competitions over two years, including last season when he finished as the Portuguese league’s top scorer with 26 goals.

Núñez had a somewhat quiet pre-season for the Reds before he exploded for four goals as a second-half substitute in a 5-0 win over Bundesliga club RB Leipzig last week.

Other newcomers on show

Haaland and Núñez aren’t the only high-profile newcomers who will make their competitive debuts for the clubs during Saturday’s Community Shield.

Manchester City manager Pep Guardiola bolstered his attack — although, it has to be said, the Blues didn’t need much help in that department after scoring 99 goals in 2021-22 — by bringing in former River Plate striker Julian Alvarez.

The 22-year-old Argentine is being tipped as a potential successor to Sergio Aguero, so no pressure there. Also, with Raheem Sterling and Gabriel Jesus both gone (having joined Chelsea and Arsenal), Alvarez will be expected to shoulder a lot of the goal-scoring load, so Saturday’s game is his first real test for Manchester City.

In addition, Guardiola strengthened his midfield with the signing of England international Kalvin Phillips from Leeds for £45 million.

3rd-stringer Adrian to start in goal for Liverpool

Under normal circumstances, Saturday’s Community Shield would pit two of the world’s best goalkeepers — Liverpool’s Alisson and Ederson for Manchester City — against each other.

The Brazilian shot-stoppers finished in a tie for the most shutouts in the Premier League last season (20 apiece) and played starring roles in one of the tightest title races in recent memory, with Man City edging Liverpool by a single point to take the crown.

But Liverpool manager Jürgen Klopp confirmed this week that Alisson won’t play on Saturday, as he has dealt with an abdominal injury for most of the pre-season. With backup Caoimhin Kelleher also out injured, Klopp will be forced to use third-string goalkeeper Adrián against Manchester City.

Adrián, a 35-year-old native of Spain, only made one appearance in all competitions last season when he started the EFL Cup win away to Preston North End.

Things haven’t always gone so well for Liverpool when Adrián has started in place of Alisson. The Spaniard put in a calamitous performance in a 7-2 loss away to Aston Villa during the 2020-21 season, which led to him lamenting on Twitter that it was “a day to forget.”

Diogo Jota will also miss out on Saturday’s game for Liverpool, as the Portuguese forward has missed the Reds’ entire pre-season with a hamstring injury.

About the author: John Molinaro is one of the leading soccer journalists in Canada, having covered the game for over 20 years for several media outlets, including Sportsnet, CBC Sports and Sun Media. He is currently the editor-in-chief of TFC Republic, a website dedicated to in-depth coverage of Toronto FC and Canadian soccer. TFC Republic can be found here.

Injured Laporte to miss start of the season for Manchester City

Advertisement
Related Topics:CityLiverpoolclashCommunitydebutsHaalandhighlightManNunezPreviewShield
Up Next

How Does WhatsApp Make Money? (Explained)