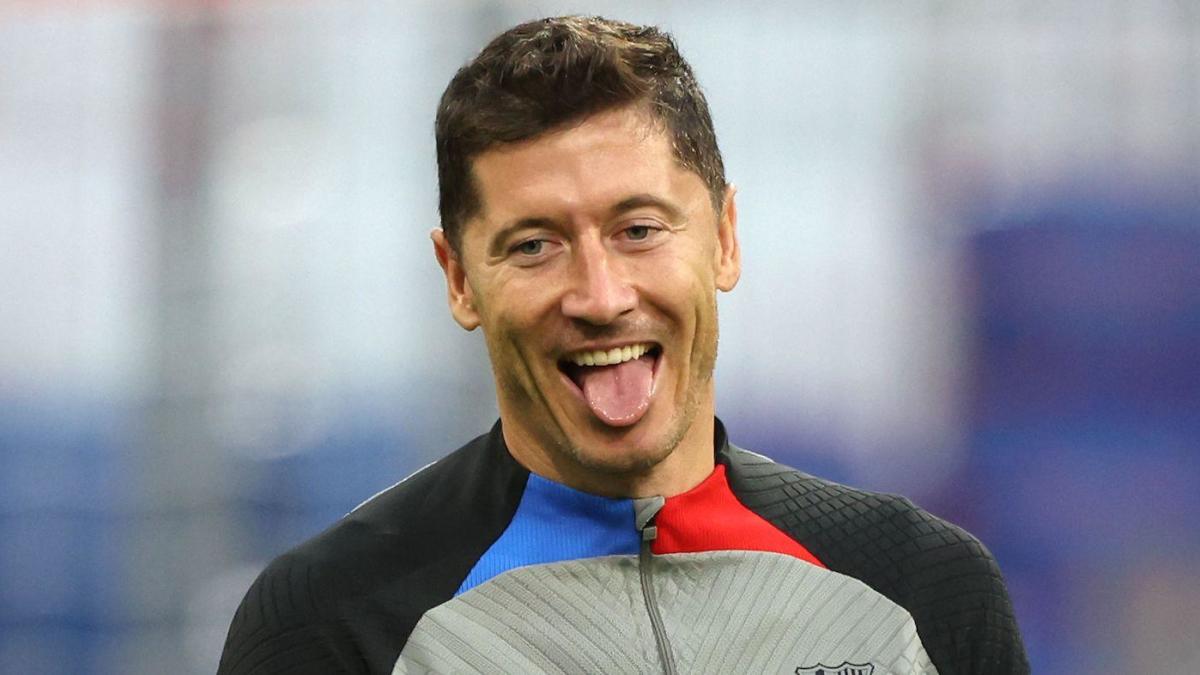 Matchday 2 of Champions League play and it brings us a few rearrangements. While Rangers vs. Napoli was moved by a day, which means we’ll get seven matches to chew on Tuesday and then a jam-packed Wednesday with nine clashes. The week is headlined by a homecoming by the return of Barcelona striker Robert Lewandowski to Bayern Munich hosts Barcelona in a can’t-miss group of death duel. This round will also see Graham Potter debut as the new Chelsea coach as the Blues host Red Bull Salzburg while Liverpool and Juventus look to kickstart their UCL campaigns after last week’s disappointment. You can catch all of the matches on Paramount+, your home for Champions League football.

Here’s our predictions for each match and more:

One matchup to watch: Robert Lewandowski vs. Bayern defense.  With nine goals and two assists for Barcelona in all competitions, all eyes are on Lewandowski. There will be extra fire on both sides as Bayern didn’t want Lewandowski to depart for new challenges. Little did he know his road to a Champions League title may go through his former team. — Chuck Booth

Most likely to score a goal: Ousmane Dembele.  Lewandowski’s presence at Barcelona is helping push the team back to their former glory, but it’s a player who was on his way out in Dembele that is my pick for most likely to score. Involved in four La Liga goals, he has picked up where he left off last season when he dished out 13 assists. As Lewandowski isn’t selfish with the ball at his feet, extra focus on him during the match will allow Dembele to slip by for a goal.  — Chuck Booth

Man of the Match pick: Robert Lewandowski.  Knowing a thing or two about performing at the Allianz Arena, Lewandowski will return to Germany in style. With the entire Barcelona attack looking to feed him during the match. A goal and an assist will be enough to give him Man of the Match honors. — Chuck Booth

Match prediction: Bayern Munich 1, Barcelona 3. While Barcelona’s improved attack has taken the headlines, it’s the improvement defensively that will shine against a Bayern side that has struggled to score recently. — Chuck Booth

One matchup to watch: Luis Diaz vs. Ajax defense. In a team that is struggling to find its groove, the Colombia international has been the most consistent player going forward. With incredible speed, a top technical ability and the skills to slice and dice a defense, this team may be more reliant on him unless they start gelling. He is a player that can change a game all by himself — the much-needed spark-plug in Jurgen Klopp’s attack. — Roger Gonzalez

Most likely to score a goal: Steven Bergwijn. He’s the top scorer between the two sides with six goals. Knowing that Liverpool must aim to be on the front foot, he will have his chance on the counter. The key — as we saw with Napoli beating Liverpool easily — is to use those quick diagonal runs toward goal and to get the ball off of your feet quickly to keep the Reds’ defense on their heels. — Roger Gonzalez

Man of the Match pick: Virgil van Dijk. The superstar defender looked far from an all-world talent in that loss in Naples, and with Premier League action called off over the weekend, he may still have a sour taste in his mouth from Matchday 1. He’ll want to correct it, and he will, using his stellar one-on-one defending to stifle the Dutch side. — Roger Gonzalez

Match prediction: Liverpool 2, Ajax 1. Liverpool manage to get back on track in a game that feels like they just have to have, especially considering recent form. While Klopp has said they need to reinvent themselves, I don’t think this will be that, but it will be just enough for three much-needed points and some welcomed momentum — Roger Gonzalez

One matchup to watch: Mateo Kovacic vs. Nicolas Seiwald. For all the focus on a misfiring attack, the reason Chelsea, whose attack was shooting waywardly from Thomas Tuchel’s first game in charge to his 100th, fell off a cliff in offensive terms was that their N’Golo Kante-free midfield could not dominate their opponents anymore. Kovacic is their best chance of asserting their will on a Salzburg side who will be at their most dangerous if Chelsea can’t pin them back. — James Benge

Most likely to score a goal: Raheem Sterling. The England international has proven in no small time why he was Tuchel’s most wanted summer signing. He may miss more than a few good chances, but what he does as well as anyone else is get into those positions in the first place. No matter how organized the defense is, you’d back him to find a few good positions on current form. — James Benge

Man of the Match pick: Andreas Ulmer. He may not be the most garlanded name in this team, perhaps because he is 36 and therefore not a perennial presence on the wishlist of top European clubs. But he has proven in recent Champions League campaigns that he can lock down his flank against the toughest threats; if he does so against Reece James, then he will deserve the Man of the Match ball. — James Benge

Match prediction: Chelsea 1, Red Bull Salzburg 1. Graham Potter has had more time on the training ground than he might have expected, but it is still not a huge amount to deal with everything that ails Chelsea (injuries to key players, a serious issue defending set pieces). It may be a while before we see the best version of the Blues. — James Benge

One matchup to watch: Erling Haaland vs Mats Hummels. One of the most awaited duels since the draw. This week we will see Erling Haaland playing against his former club, the place where he became one of the best strikers of the world. The Norwegian attacker has already scored 12 goals in the first eight matches played in sky blue, including a brace last week against Sevilla. — Francesco Porzio

Most likely to score a goal: Erling Haaland. An obvious pick, sure, to expect Haaland to score against his former team. But it almost feels like a surefire pick because of his form and the way Borussia Dortmund have played defensively in the early going of the season, with eight goals conceded in six Bundesliga games. Last week in their Champions League debut, BVB won 3-0 against Copenhagen. — Francesco Porzio

Man of the Match pick: Phil Foden. The England international scored in the UCL opener against Sevilla last week to continue his good run of form to start the season. Look for him to make crucial contributions to his teammates, potentially an assist to his big number nine. His pace and technique will be a real danger for the opponents. — Francesco Porzio

Match prediction: Manchester City 3, Borussia Dortmund 1. Pep Guardiola’s side is among the top candidates to win the competition, and this time around Borussia Dortmund are not as good as they used to be, especially after losing Haaland over the summer. — Francesco Porzio

Advertisement
Related Topics:BarcelonaBayernChampionsExpertGermanyheadlinerLeagueLewadowskiMunichpicksreturns
Up Next