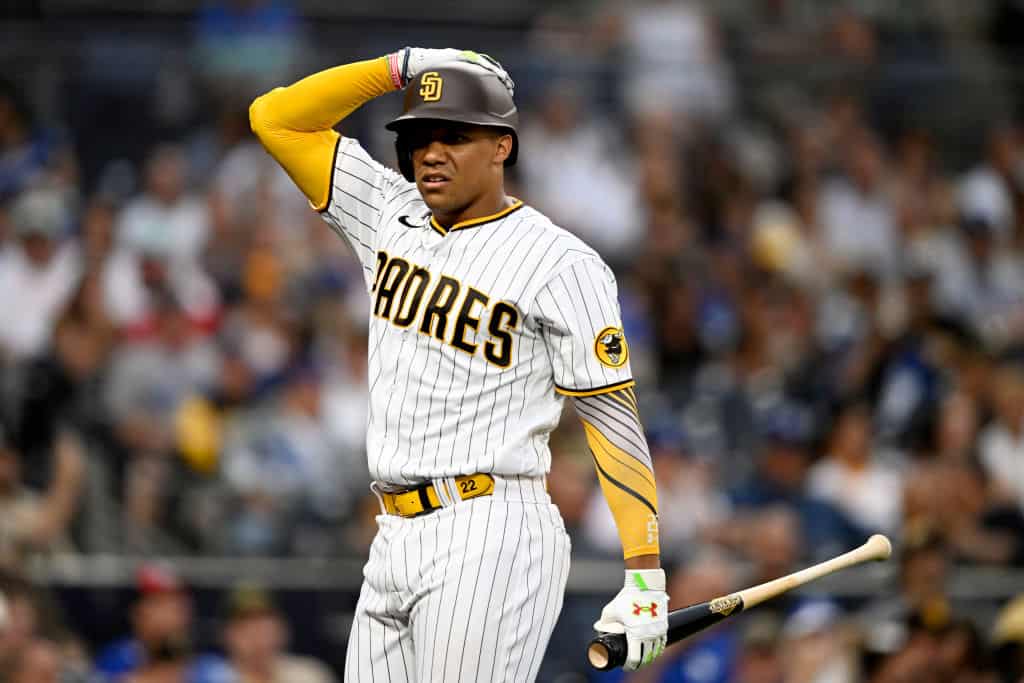 At the trade deadline, the Juan Soto sweepstakes were the talk of the town.

Ultimately, the San Diego Padres were the team to land him, acquiring Josh Bell in the process.

The St. Louis Cardinals were a team that was said to be in on the slugger.

Ultimately, the Cardinals chose not to part ways with prospects such as Jordan Walker and Masyn Winn, both of whom are knocking on the door in the minor leagues.

One Cardinals fan commented on the situation months later and expressed relief that the team did not trade for Soto.

While Soto would have given the Cardinals an elite offense, they also would have had to have parted ways with some top prospects.

With both Walker and Winn making strides down in the minors, it makes sense that the Cardinals chose not to trade for Soto.

Plus, it would not have fixed the team’s most glaring need, which was starting pitching.

With Walker on the rise, there is reason to be excited if you’re a Cardinals fan.

Walker has been mashing down at Triple-A and in the Arizona Fall League.

Perhaps Walker could claim one of the team’s corner outfield spots out of spring training.

St. Louis is in need of some power bats this offseason.

With Walker in the system, one of those fixes could come internally.

The post Cardinals Fan Comments On Juan Soto Months After The Deadline appeared first on The Cold Wire.

Advertisement
Related Topics:CardinalscommentsdeadlinefanJuanMonthsSoto
Up Next

Jason Heyward’s Comments Have Come Back To Haunt Him

Cubs Take On A Major Cost To Release Jason Heyward