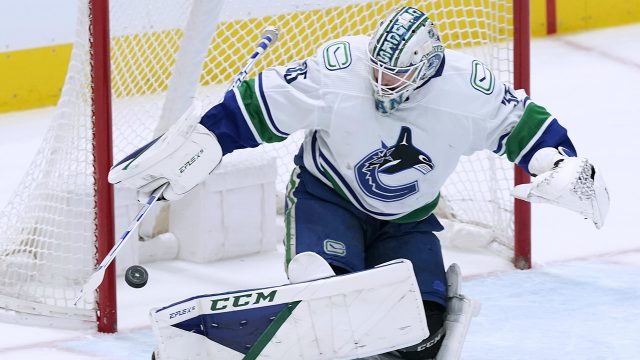 Vancouver Canucks head coach Bruce Boudreau is sending a message to his struggling team by making forward Brock Boeser a healthy scratch for Saturday’s game against the Arizona Coyotes.

Boeser, who has three goals and 11 assists this season, has zero points over his last three games. His plus/minus rating of minus-14 is also the fourth-worst in the NHL.

“I know he’s capable of being much better,” Boudreau said. “We want to win and we need him, I think, over the long haul to win but I mean, we have to be better. It could have been one of a few guys but sometimes this is just something you have to do.”

The Canucks enter Saturday’s contest having sustained back-to-back 5-1 losses at home to the Washington Capitals and Florida Panthers. Vancouver is sixth in the Pacific Division with a 9-12-3 record.

In his seventh season with the club, Boeser registered 23 goals and 23 assists in 71 games last year. The 25-year-old had hand surgery in September and missed some time earlier this season when a scar re-opened.

Watch the Canucks host the Coyotes starting at 10 p.m. ET / 7 p.m. PT on Sportsnet Pacific, Sportsnet ONE or SN NOW.

In ‘mind boggling’ loss to Panthers, Canucks once again get overrun on home ice

U.S. has no answer for Dutch leading man Denzel Dumfries