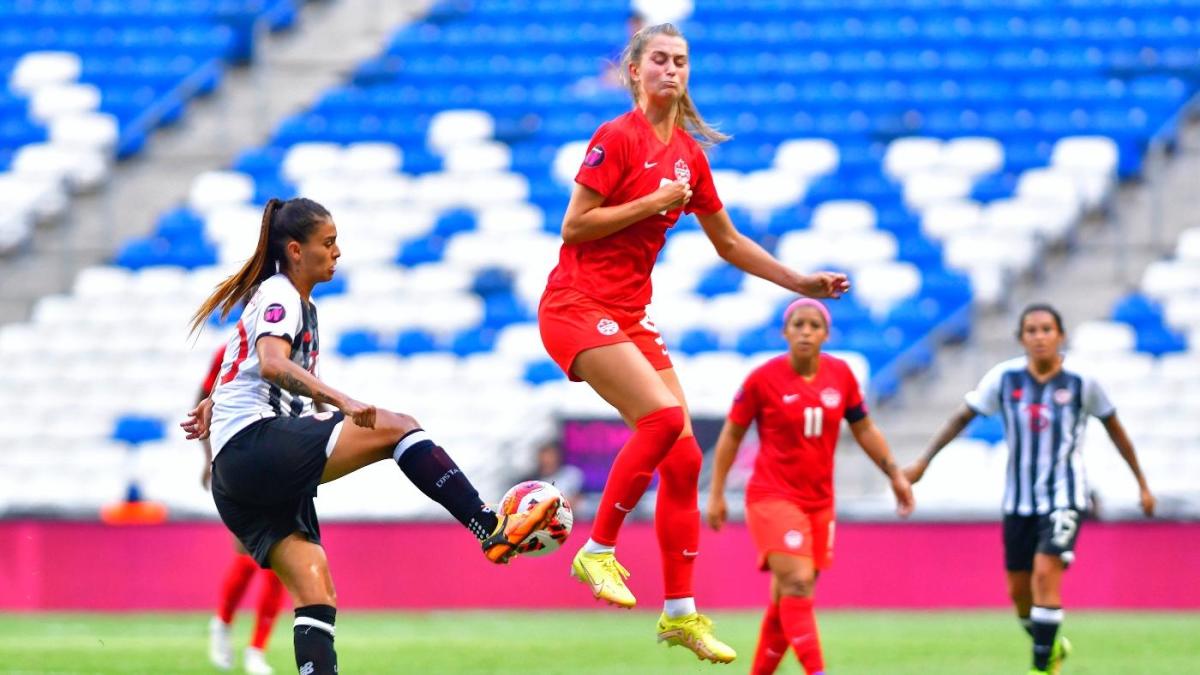 The 2022 Concacaf W Championship has reached its semifinal round and the competition will be fierce when Canada takes on Jamaica on Thursday on Paramount+. Jamaica will be looking for revenge after Canada defeated it 9-0 in the Olympic Qualifiers in 2020, but pulling out a win will be no easy feat. The Canadian side has been a force to be reckoned with through the first three matches of the Concacaf Women’s Championship 2022, shutting out each of its opponents and entering Thursday’s game after a hard-fought 2-0 win over Costa Rica. The Jamaican side promises to put up quite a fight, however, and enters Thursday’s match after a dominant 4-0 win over Haiti. You can stream the match live on Paramount+.

Kickoff from Estadio Universitario in Nuevo Leon, Mexico is set for 10 p.m. ET. Canada is the -500 favorite (bet $500 to win $100) in the latest Canada vs. Jamaica odds from Caesars Sportsbook. Jamaica is a +1100 underdog and a draw is priced at +390. The match will be streamed live on Paramount+ with their must-have Premium plan.

Paramount+ now has levels of membership so you can watch the hottest soccer matchups worldwide and much more. The Premium Plan is $9.99 per month and you can watch your local CBS live stream, including plenty of sports like Champions League, Italian Serie A, college hoops, and the PGA Tour, with no ads, on demand and the ability to download episodes for offline viewing. Plus, watch the highly-anticipated series Halo, Picard, 1883, and more. Both plans come with a free week to start and include soccer matches, so sign up now here.

How to watch Canada vs. Jamaica

Before you tune in to Friday’s match, you need to see the Canada vs. Jamaica picks from SportsLine’s soccer insider Brandt Sutton. Sutton, a former collegiate soccer player, has been SportsLine’s top soccer editor for nearly five years. He has followed soccer closely for much longer and factors in managerial tactics, projected lineups and past performances to make the most informed decisions possible, keeping his finger on the pulse of the game all over the globe. Sutton has also been on a roll with his best bets, going 107-80 in his last 187 soccer picks, returning over $2,800 for $100 bettors.

For Canada vs. Jamaica, Sutton is picking Canada to win at a -150 payout. Christine Sinclair and the Canadians have outscored their opponents 9-0 over the last three matches thanks to their mix of offensive firepower and solid defense, and the expert doesn’t expect them to slow down. Sutton notes that Jamaica has shut out the opposition in two of its last three matches. However, it was easily bested by the United States 5-0 in the one loss and going up against another potent offense could be its downfall.

The expert also sees Canada being able to shut Jamaica out like USWNT did, which is why his is choosing both sides to score not to hit for a -155 payout. Stream the match now here.

How to watch, live stream the Concacaf W Championship on Paramount+

Now that you know what to pick, get ready to watch the Concacaf W Championship. Visit Paramount+ now to see this match, your live local CBS sporting events, some of the world’s other top soccer matchups and much more.

Advertisement
Related Topics:CanadaChampionshipConcacafJamaicalivepickspredictionsstreamTimewatchWomens
Up Next

Who Should Be Untouchable For The Heat In A Durant Deal?