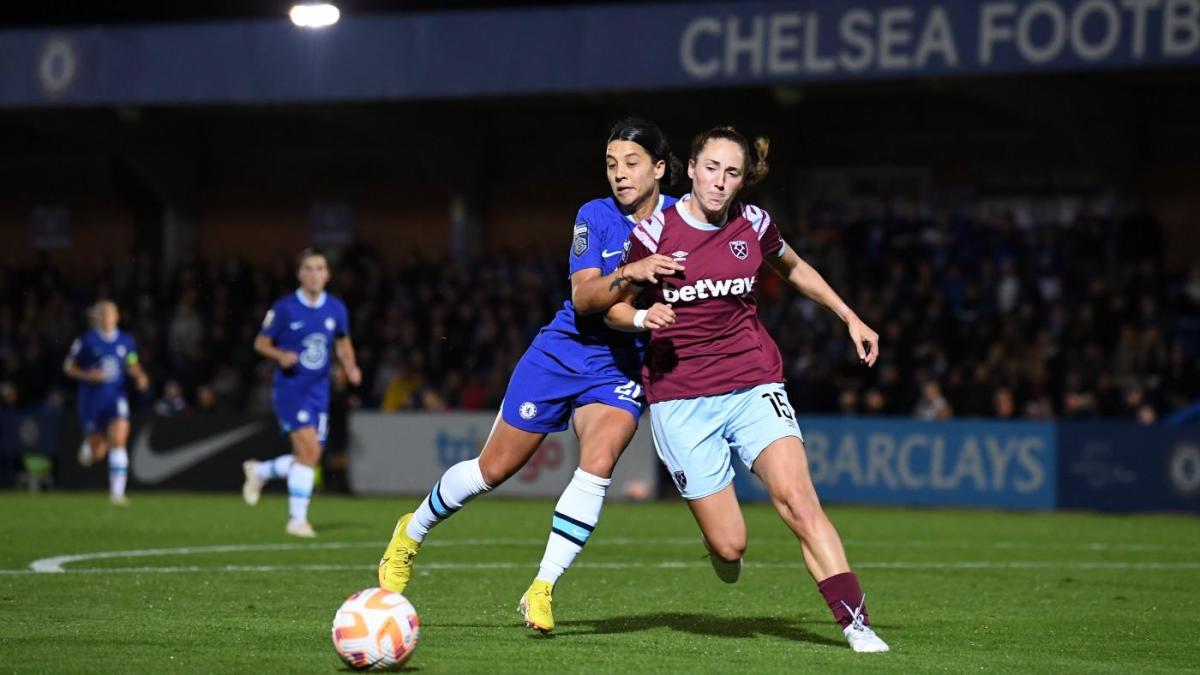 West Ham struck early, but Chelsea steamrolled on Wednesday, beating the Hammers 3-1 in Barclay’s FA Women’s Super League action. Both teams entered their third game of the season each with one loss and one win on the season and an opportunity to leapfrog into the top four of the standings.

The Hammers set themselves up with an early lead in the game as Kirsty Smith delivered an excellent service on the first corner kick of the match. Dagný Brynjarsdóttir provided an accurate header inside the box that beat Chelsea FC goalkeeper Ann-Katrin Berger on the far post.

Despite the quick lead, West Ham quickly fell behind as Chelsea played their way into the match, creating several good looks on goal, including two post shots from Sam Kerr before the first half concluded. Fran Kirby continued to pick apart open lanes, as Guro Reiten continued to generate opportunities in open space.

Kirby ultimately took control of the match and scored the equalizer in the 40th minute as the two teams entered the break level at 1-1.

Despite being denied by the post during the first half, Kerr finally got her first goal of the 2022-23 season as she scored the go-ahead goal for the Blues against the run of play. A failed clearance by West Ham off a corner kick was retained by Kirby, and Kerr was able to toe poke the ball through for the go-ahead goal in the 58th minute.

Chelsea’s third and final goal came by way of another corner kick attempt and was headed into the goal by Millie Bright just four minutes later. It was Bright’s first goal for Chelsea in two years and the victory moves Chelsea back into the top four of the league table.

The regular season continues Thursday, September 29 as Everton faces Leicester City in their rescheduled season opener. Chelsea FC will return to action on October 16 when they meet Everton at Walton Hall Park after the international window.

Fans will be able to watch 57 WSL matches during both the 2022-23 and 2023-24 seasons. CBS Sports Network will air a select number of those matches exclusively, with the majority streaming on Paramount+.

Advertisement
Related Topics:BarclaysChelseaHamLeaguerallyingSupertopWestWomens
Up Next

Senators dealing with ‘problem’ of riches on their power play units