Weekly, we take a look around the SB Nation family of NFL blogs. Here are the news stories and analysis they are discussing.

There is a lot to like about Mac Jones’ performance against the Chargers – Pats Pulpit
There was a lot to like from the rookie passer in a statement win.

There is a lot to like about Mac Jones’ performance against the Chargers – Pats Pulpit
There was a lot to like from the rookie passer in a statement win.

Cole Beasley is feast or famine for Buffalo Bills’ offense this season – Buffalo Rumblings
The Buffalo Bills got hot in the second half of their game against the Miami Dolphins on Sunday, and part of the reason is the decision to funnel the offense through slot receiver Cole Beasley….

Pittsburgh Steelers (via Behind the Steel Curtain)

Mike Tomlin explains his decision for the fake field goal vs the Browns – Behind the Steel Curtain
The failed fake field goal wasn’t just unsuccessful, but also landed Chris Boswell in the concussion protocol.

Cleveland Browns (via Dawgs By Nature)

Cleveland Browns: Brownie and Frownines on a day like many before it against the Steelers – Dawgs By Nature
Browns drop a frustrating game to Pittsburgh to fall into last place in the AFC North Division.

Incompletions: Texans v. Rams (Spooky Season Is Over) – Battle Red Blog
With so much to write and talk about after every game, one person isn’t enough to write about it all. The Masthead joins together and writes about the same thing repeating itself.

Derrick Henry injury timeline 6-10 weeks – Music City Miracles
So Ian Rapoport said today on the NFL Network that the timeline for Derrick Henry returning from this injury is 6-10 weeks:

Jaguars lose all momentum, lay an egg in 31-7 loss to Seahawks – Big Cat Country
The Jaguars will have to go back to the drawing board for the sixth time this season.

The Denver Broncos have regressed in their offensive play calling – Mile High Report
Offensive coordinator Pat Shurmur is stumbling through games and its costing the Denver Broncos dearly. Is there any hope he can turn things around?

Los Angeles Chargers (via Bolts from the Blue)

Chargers vs. Patriots Week 8 Winners and Losers – Bolts From The Blue
Tough to find the silver linings from this one.

Las Vegas Raiders 2019 class is helping them become contenders – Silver And Black Pride
2019 draft class is coming into it’s own during their third season.

Kansas City Chiefs vs. Giants: Offense struggles while defense is solid – Arrowhead Pride
It was an ugly win for Kansas City, but the team evened its record at 4-4.

‘Things I think’ after the Giants lose another game they could have won – Big Blue View
Once again, the Giants manage to get in their own way

Dallas Cowboys (via Blogging the Boys)

Trolling The Nation for Cowboys at Vikings: ‘Cooper Rush looks like a seasoned pro’ – Blogging The Boys
Read what other fans across the NFL had to say as they watched the Cowboys and their backup QB score a win in Minneapolis.

With Washington at 2-6 going into the bye week, I’m ready to throw in the towel – Hogs Haven
enough already

Detroit Lions (via Pride of Detroit)

Monday Overreactions: Is Lions offensive coordinator Anthony Lynn the problem? – Pride Of Detroit
The predictability is killing the Lions.

The Chicago Bears should trade their snack packs for bananas – Windy City Gridiron
Yes, the Bears should sell their underperforming and or old players. If only those darn bullies in the lunch period cafeteria were so kind.

Time to Move On from Mike Zimmer – Daily Norseman
I’ve not been on-board with the fire Mike Zimmer crowd or the blow it up crowd, but at this point the time is right for big changes in the Vikings coaching staff. The timing of mid-season or end…

Atlanta Falcons (via The Falcoholic)

3 Up, 3 Down: Not much to celebrate in an ugly Falcons loss – The Falcoholic
Keeping track of which Falcons are rising and falling throughout the 2021 season.

Panthers vs FalconThe Optimist: .500 rarely feels this good – Cat Scratch Reader
The return to form by the defense is just one encouraging sign from the Panthers in a big division win.

Yarcho’s Pick Six: Bucs get trick, not treat in New Orleans – Bucs Nation
Another gut wrenching loss for the Buccaneers in the Superdome ahead of the bye week

5 Takeaways from 49ers-Bears: Are the Boys back in town? – Niners Nation
The 49ers won with an explosive offensive performance after losing four consecutive games. Jimmy Garoppolo led the 49er’s offense en route to victory over the Chicago Bears. This win ignites San…

Arizona Cardinals (via Revenge of the Birds)

Cardinals’ Hunt for Red November – Revenge of the Birds
“Whenever I feel the dark, drizzly November in my soul, I take to the sea.” (Ishmael, from Herman Melville’s Moby Dick)

Last year by the end of October, after their stunning 37-34 OT win at home…

Seahawks QB Russell Wilson gets pin out, no word on timetable for return – Field Gulls
Sunday the Seattle Seahawks ended their losing streak by obliterating the Jacksonville Jaguars to head into the bye week on a high note. Now that they’re on the bye week, it appears Wilson is ready…

Advertisement
Related Topics:BlogsDiscussingNationNFL
Up Next 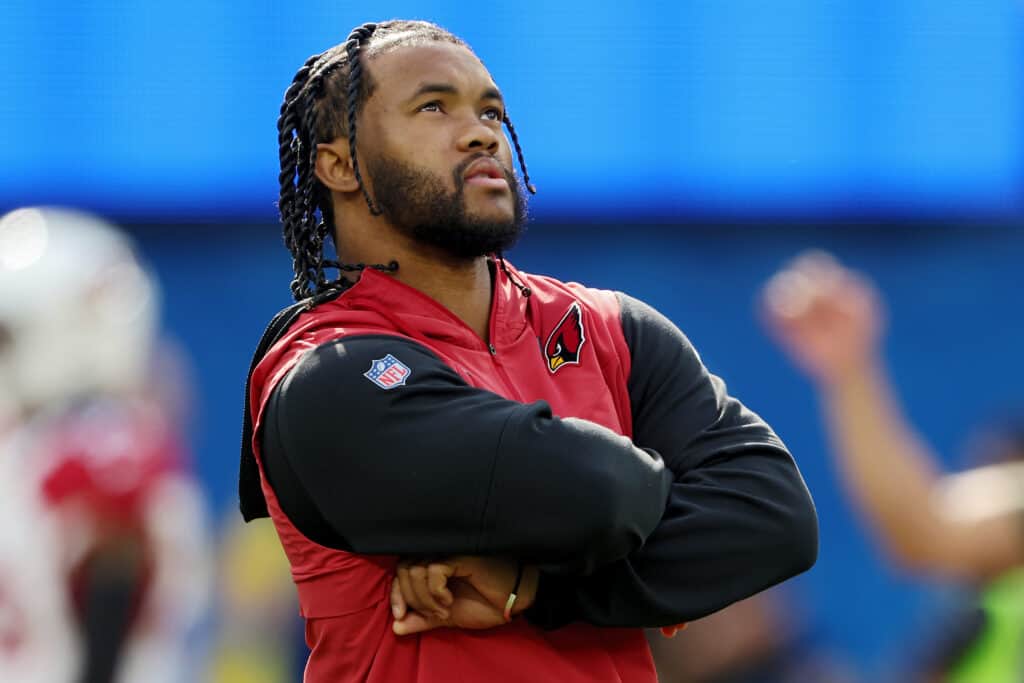 Kyler Murray had a 2022 season that he wishes he could simply forget.

While he got a new contract with the Arizona Cardinals this year, he didn’t have a good season at all.

His 3-8 record for the season was his worst since his rookie season.

His 2022 touchdown percentage, average passing yards per game, and QBR were all the worst of his career.

However, the worst part of his season was an ACL injury he suffered against the New England Patriots.

While the injury was over a month ago, NFL insider Ian Rapoport has an update on his injury.

According to him, the young quarterback is taking his time to ensure his ACL is 100% before he returns.

Cardinals have a March 25th deadline looming to pick up Kyler Murray's $36M option.
Currently he counts $16M against the 2023 cap. A trade before the option would only add $7M to that number. After the option is picked up, the dead money balloons to $59.2M. pic.twitter.com/z3aazdV1kA

This move puts Murray’s return at the middle part of the 2023 season at the latest.

While Murray wants to protect himself from further injury, the Cardinals have a decision to make on him as well.

With the team having the third overall pick in the 2023 NFL Draft, they can easily draft a quarterback.

However, if they do this, they must trade Murray before his contract causes a dead cap hit of $59.2 million.

While a trade is the best option if they draft a quarterback, it must happen before March 25th.

If it happens after this date, the trade will cost them more money.

But another issue is finding a team willing to trade for a quarterback who will miss most of the upcoming NFL season.

However, a trade will probably never happen.

This means the Cardinals will have to wait until late in 2023 before they get their star quarterback back on the field. 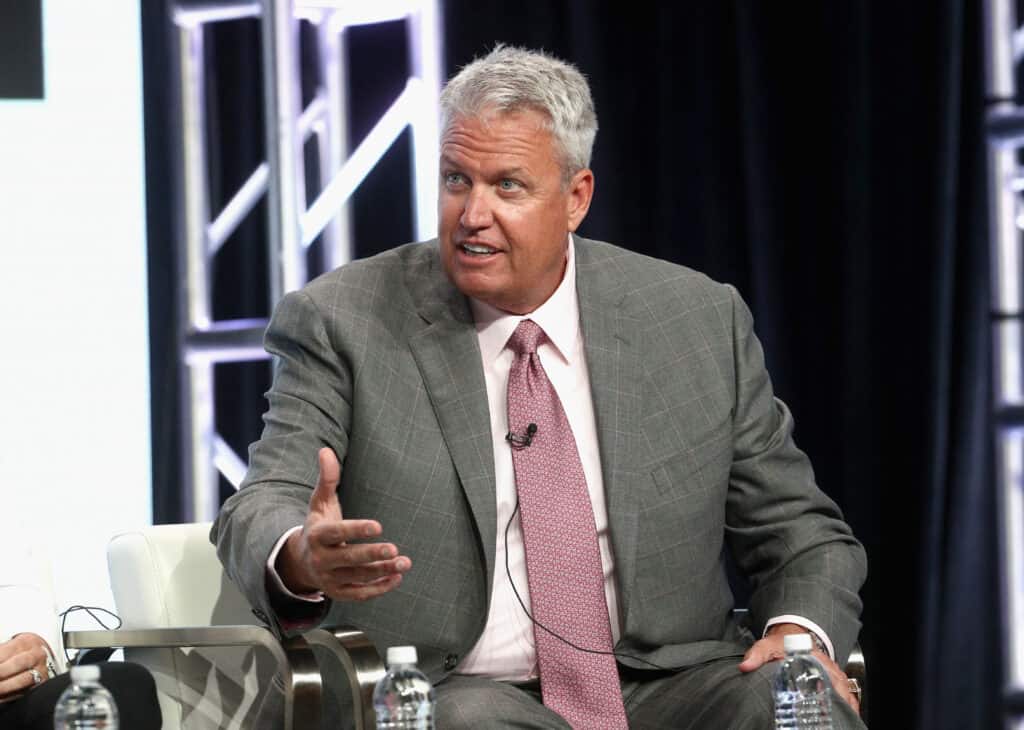 NFL fans are waiting on Tom Brady’s next move in 2023.

While the seven-time Super Bowl champion is without a contract this upcoming season, fans want to know if he will finally retire from the NFL.

However, other fans are looking to see which NFL team he will play with next season.

For former NFL head coach Rex Ryan, he has a wild suggestion for the veteran quarterback.

During a segment on ESPN, Ryan suggests Brady might play for the Washington Commanders.

His reason behind the crazy idea is the possibility of new owners coming to Washington.

If the Commanders have new owners, he can see them going after both Brady and Sean Payton.

He notes how Brady and Payton were linked to a deal in Miami, and how it can become a reality in Washington.

While the idea seems crazy, the Commanders have some solid players on their team.

With several first-round picks on their defense, they can be a force in 2023.

However, a move by Brady to the Commanders gives him a questionable offensive line.

While the Tampa Bay Buccaneers were the best team in the NFL protecting their quarterback, the Commanders’ offensive line allowed 48 sacks, ranking them 7th in sacks allowed.

If the team wants to make Ryan’s idea a reality, they need some protection for the aging Brady.

With him turning 46-years-old for the 2023 NFL season, he can’t afford to take big hits.

Because of this, Ryan’s far-fetched idea for Brady might remain nothing more than a crazy dream.

The post Rex Ryan Has A Wild Theory About Tom Brady’s Next Team appeared first on The Cold Wire. 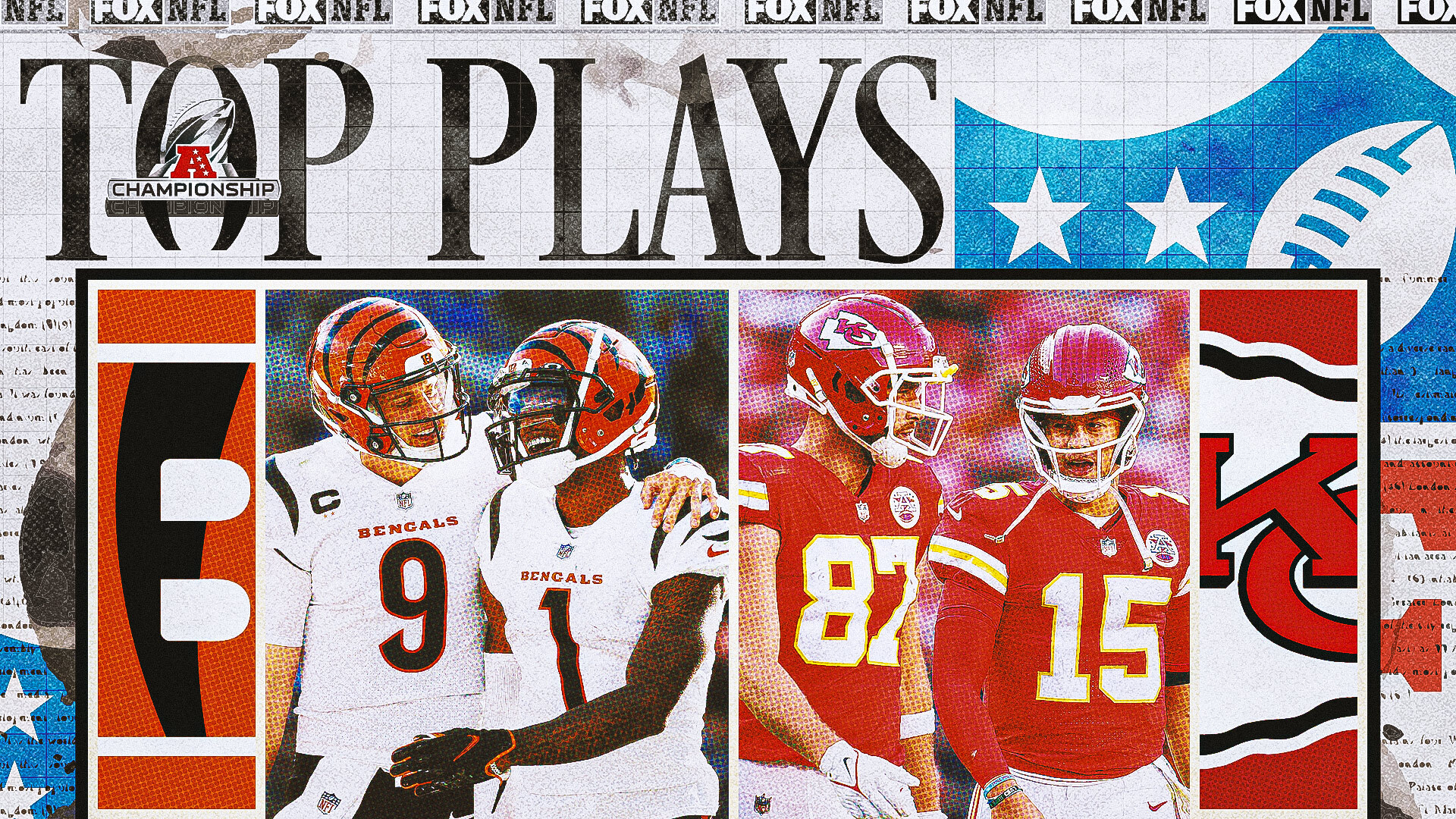 The NFL playoffs continue Sunday with the Bengals battling the Chiefs in the AFC Championship Game. Here are the highlights!