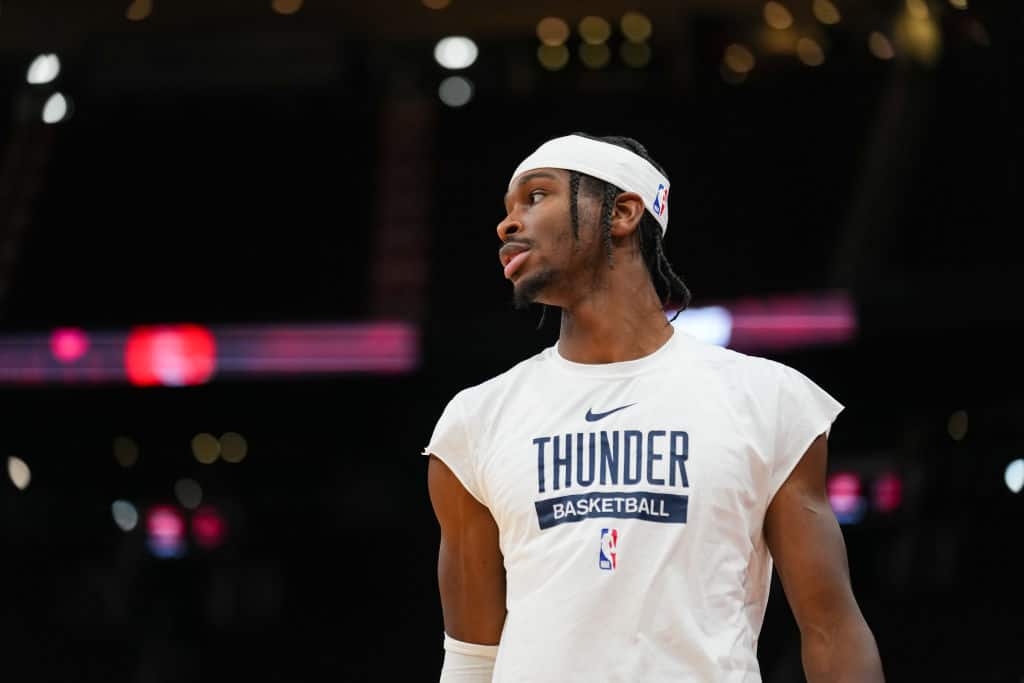 Every year the NBA seems to produce a few new budding stars that no one saw coming.

After the league’s elite players, seeing who ascends to stardom is always interesting.

Also, based on the market someone plays in, they get more or less publicity than others.

That is why the great season of Shai Gilgeous-Alexander is flying under the radar.

The Oklahoma City Thunder guard is averaging career-high points and assists this season.

His 31.1 points per game rank fifth in the NBA, and he should be an MVP candidate through two months.

Since he plays in Oklahoma City, SGA rarely is on national TV and his ascension is hidden from most NBA fans.

There is no question Gilgeous-Alexander should be a member of the All-Star team this season.

He might even have a chance to start the game.

The 24-year-old is one of five players this season that is averaging over 30 points per game with a true shooting percentage of over 61%.

Scoring at a high volume while also shooting the ball efficiently is very impressive.

SGA has been able to do just that.

The Thunder have a record of 9-13 so far this season, another reason why SGA is not being mentioned in the MVP conversation.

But, without him, the Thunder would be lucky to have five wins.

If SGA can will his Thunder team into the playoff race over the rest of the season, that would do wonders for his MVP candidacy.

He should continue to score the ball at a high level and hopefully will get more recognition for how great he has been this year.

The post 1 NBA Player That Is Quietly Having A Great Season appeared first on The Cold Wire.

Advertisement
Related Topics:GreatNBAplayerquietlySeason
Up Next

Scout’s Analysis: Checking in on Oilers, Flames prospects playing in NCAA and Europe